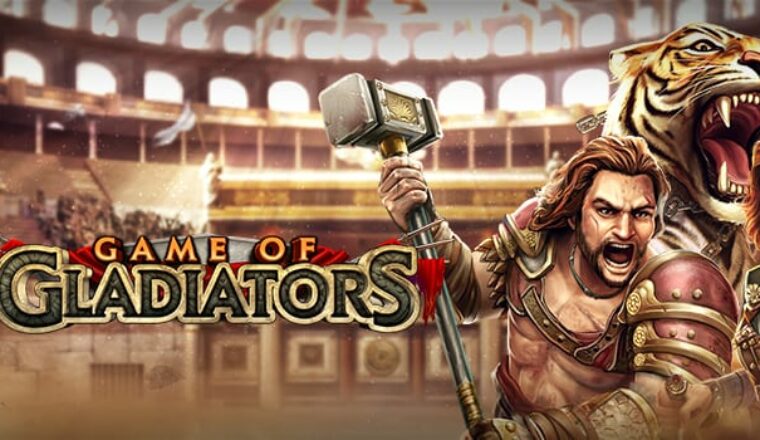 Sweden-based online casino provider Play’n GO released its latest slot on Wednesday (June 6), bringing the provider’s total number of new games this year to 13. Named the Game of Gladiators, the 5-reel, 20-paylines game is set back in the days when Spartacus and Amazonia were Rome’s battle champions.

The game features studio-imagination of an ancient Gladiators’ arena with Spartacus, Amazonia, and a pet tiger as the stars. Players are immersed in the arena where they must defeat gladiators to win the big rewards.

“Game of Gladiators adds an exciting new option to the market, and we look forward to having players of the game enjoy battling it out in the Enter the Arena Feature,” an official statement from the developer said.

Game of Gladiators is the 13th game from Play’n GO this year, solidifying the Swedish firm’s position as a leader in the casino provider industry. While the video slot is not yet available in every online casino, it’s already shaping up to be fan favorite.

Slots inspired by ancient mythology are hugely popular with fans. And while Game of Gladiators is not based on Norse or Greek Gods, ancient Rome stories have a tremendous fan base around the world.

Meanwhile, fans can prepare for a thrilling experience once Game of Gladiators is rolled to all top online casino sites. Along with well-crafted graphics and immersive soundtracks, the slot promises a wealth of features.

Spartacus’ pet tiger acts as a wild symbol. When triggered in three to five reels, it replaces all symbols around, allowing a player to win up to 500 times their bet size. When the fame feature comes up, a symbol granting you wins according to the Battle Prize paytable is randomly selected.

Game of Gladiators also introduces a unique way to receive giveaways. Should you match the Portcullis scatter symbol in reels 1, 3 and 5—Enter the Arena Battle feature is triggered. You’re then requested to pick Spartacus or Amazonia as your champion. Henceforth, your champion replaces scatter symbols and grants you free spins whenever she or he appears.

Meanwhile, the next slot from Play’n GO is expected to come out any time from now. The developer promises great quality games even as it endeavors to release an extensive collection of slots this year.

“There’s plenty more to come from us, but that doesn’t mean a sacrifice on quality,” the company’s CEO, Johan Tornqvist, said. “Each game is unique and carefully crafted to give players the most entertainment possible.”

Johan also added that Play’n GO is focused on adding a variety of concepts in its games to ensure players with different interests are well catered for.