In the online gambling world, a few software providers stand above the rest. One of them is NetEnt, and they have a history of creating some fantastic games. One of the very best is Starburst Slot though – a slot found at many online casinos, and enjoyed by massive amounts of players every day.

The theme of the Starburst Slot is a simple one, combining a star filled setting with a number of precious jewels. Sure, it’s not the most innovative of themes, however this doesn’t matter.

Why? Because the gameplay at the Starburst game is some of the most exciting around, thanks to the regular prizes and the exciting Starburst Wilds feature – but more on this later in our Starburst slots review.

You’ll find 10 paylines at this slot, spread across five reels. The game is more akin to a 20 payline slot though, as you’ll be able to create wins from right to left, as well as left to right. You can alter the number of paylines you play, plus you can also alter your bet amount – the minimum bet is just £0.01, while the maximum possible bet is £100.

Starburst free play is also available, to help you understand the gameplay before you risk your own real money. 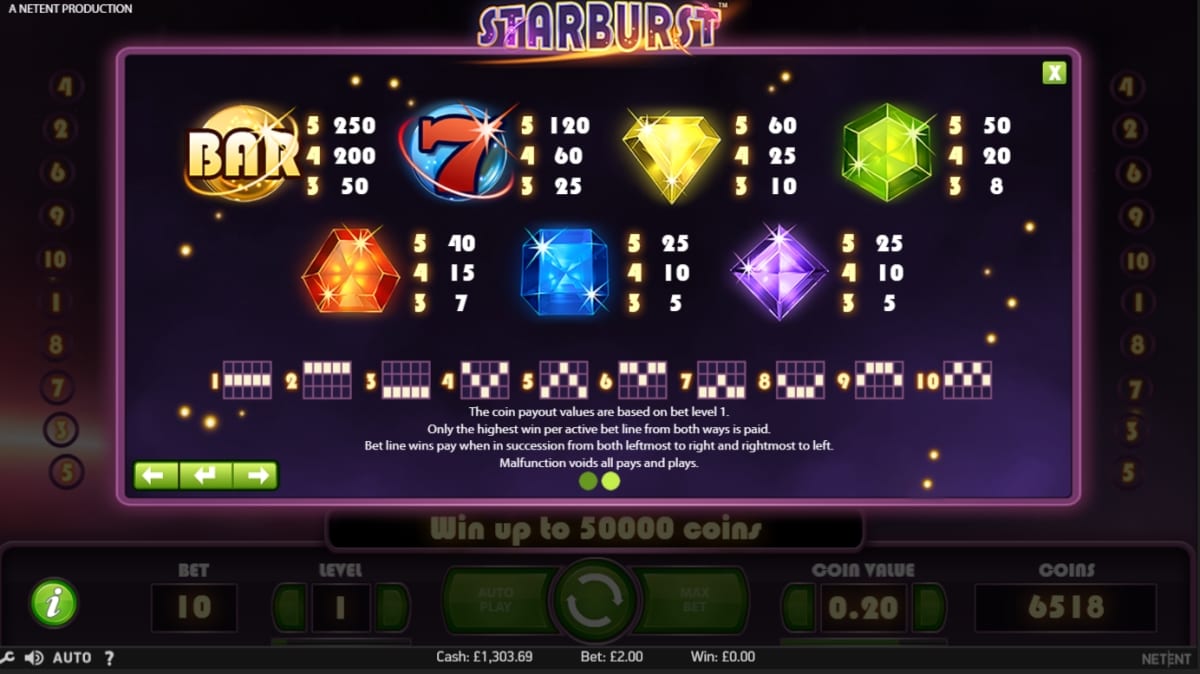 Prizes are the most important part of any online slot, and they are pretty impressive at Starburst. The most you can win from a single spin of the reels when you play Starburst is £50,000, and this happens when you use the Starburst Wilds feature to fill the reels with wild symbols.

During your initial spin, you’ll want to see BAR and 7 symbols on the reels, as these are the highest paying symbols during the base game. The prizes are exactly the same if you choose to play the Starburst mobile game.

Whenever you get a wild symbol on the reels, it will expand to cover the entire reel. You will then get a free respin, with the expanded wild held in place, allowing you to spin in another win! What’s more, if you get another wild, that too will expand and another free spin follows, with both wilds held in place.

The maximum number of Starburst free spins offered by this bonus is five, which should be more than enough for you to earn some seriously large amounts of cash! 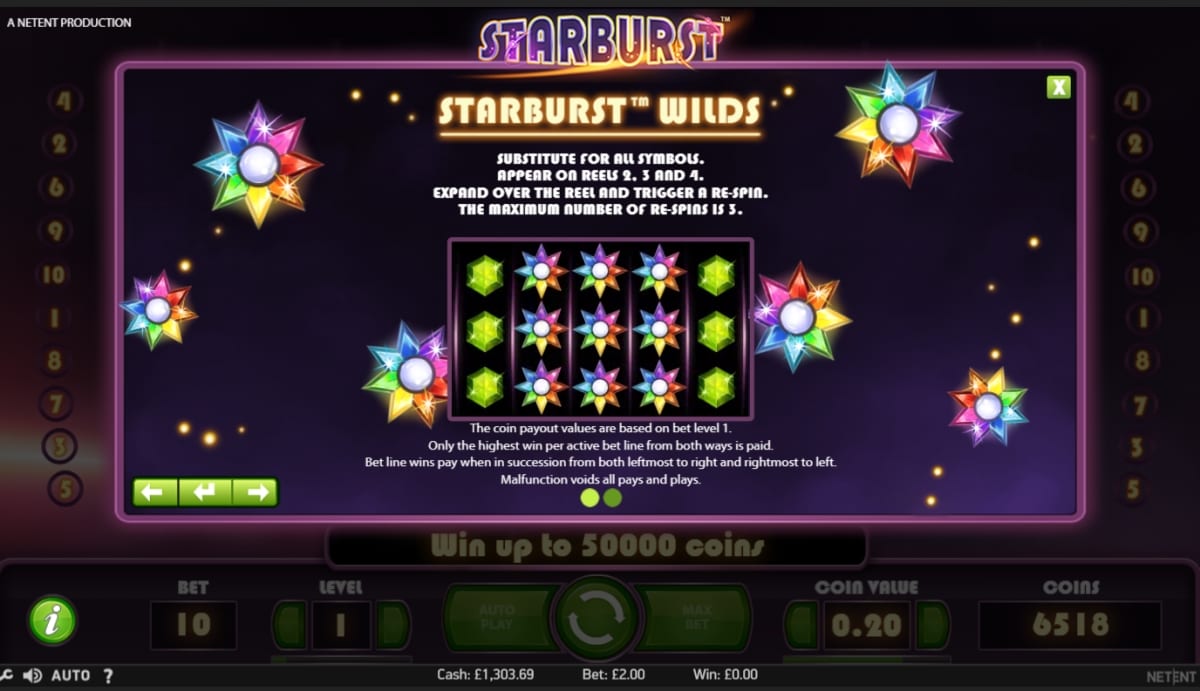 If you think that Starburst is a great slot for you, why not start out by playing the free Starburst slots, so you can understand exactly how to win at this great game from NetEnt?

You can then head to one of many casinos offering this game – many of which offer Starburst no deposit bonuses – and start playing for real money! You never know, you could find yourself winning £50,000 when you spin the reels of this online slot!