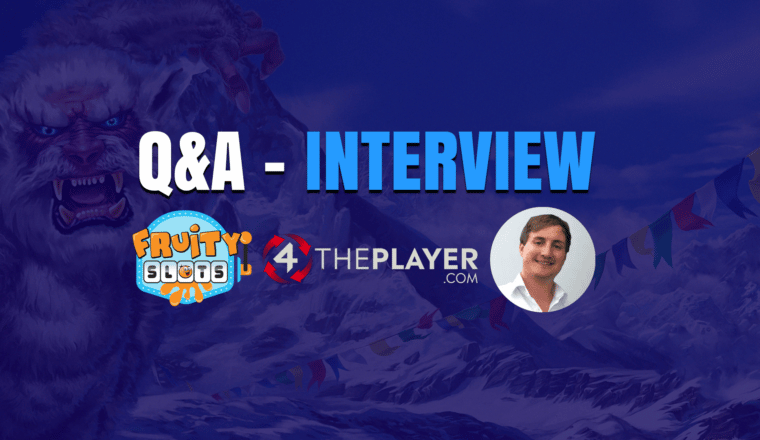 4ThePlayer.com are an innovative provider with a focus on creating an immersive and exciting experience for players. As players themselves, 4ThePlayer is well versed in what it is that players want from their games, and as a result, they’ve meticulously crafted a catalogue of slots with features unlike any you’ll see anywhere else.

4ThePlayer slots offer big potential and hours of fun, and if evidence was needed that they care deeply about their games, then you need only look at the intricate little details. There’s a sense of festive glee in the air when the infamous yeti adorns his Santa hat, 7 Elements stays dynamic with costumes that compliment the seasons of the year and power-ups that keep the game fresh! Or just released 4 Fantastic Fish with its ‘win improving Octopus!’

In this interview, we sat down with Henry McLean, one of the co-founders as well as the Commercial & Marketing Director of 4ThePlayer for a round of questions about a company that he’s rightfully proud of.

Q: Henry, Thanks for sitting down with us, and congratulations on a set of releases that have proved themselves in the eyes of players! How do you and everyone at 4ThePlayer feel when a game like 90k Yeti shows its potential with huge wins like those we’ve seen recently?

My pleasure, thank you for inviting me. We love it when we see players enjoying our games and big wins are just one of the magical experiences we want to create for players on our games.

Recently we have seen some pretty impressive wins across our titles and as players ourselves it’s great to see but yep some of the 90k Yeti Gigablox wins were particularly huge, we had a 75,000 X then a max win of 90,000 X 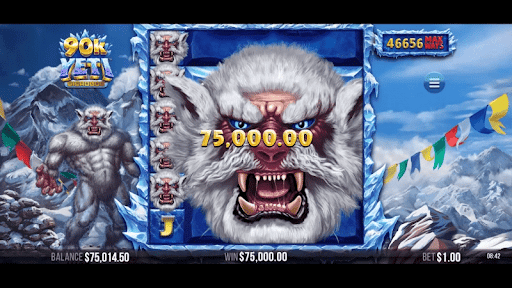 Q: 4ThePlayer are very inventive, and it seems like every new game brings new mechanics to the table. What drives you and your team to create something conceptually new? Especially when it would just be easier to churn out a generic Megaways title or something to that effect.

Thank you, glad you noticed. We are indeed all about entertainment and innovation – it’s part of our DNA. 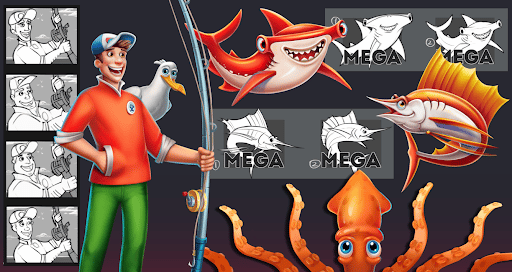 ‘Everything we create we make sure it has our own twist and flare added to it. Take 4 Fantastic Fish, yes it is a fishing game however it has added innovation and excitement that no other fishing game has.’

For example, the game is mathematically balanced to the right so as each reel lands the wins can increase creating a lovely crescendo effect as you spin. Also, we have added our awesome Octopus that can improve wins or create wins, 4ThePlayer fans will notice it’s similar to the popular Snowstorm feature seen in our Yeti games.

However, when creating game ideas we have an internal ‘innovation meter’ and try to make sure we have a balance of very innovative concepts and some slightly less so.

We could indeed just ‘churn out’ a generic slot but that is not at all us, from day one we wanted to be different and to fill what we see as a gap in the industry and bring back the fun. Far too many suppliers are now factories with a constant conveyor belt of games – this is something you will never see from 4ThePlayer.

Q: We know that 4ThePlayer aren’t opposed to features seen elsewhere before, as evidenced by the implementation of Gigablox into the Yeti series. Is this something you’re open to if it feels right? or going forward have you decided to approach things with your unique perspective?

Exactly, if it makes sense and it fits we will explore it.

For example, Gigablox, as we have such a good relationship with Yggdrasil they offered to license it to us and we felt it fitted perfectly with what we planned to do with our 9k Yeti sequel and 90k Yeti Gigablox was born.

In fact, I can give you a little inside information, there might be another Gigablox game on the distant horizon from 4ThePlayer 😉

Q: How long does it take for 4ThePlayer to conceptualise, design and release a slot? Do you have set timeframes or are you given as much time as needed to carefully nurture your beloved creations?

It takes us about a year from concept to creation, a lot really depends on the game. We spend a lot of time tweaking the concept and getting customer feedback before we progress with ideas. Right now we are planning and finalising all the ideas for 2023.

Q: We know 4ThePlayer is partners with Relax Gaming on their Silver Bullet platform and Yggdrasil Gaming via the YGS Masters programme. What drives the decision to release a slot on one platform or the other?

Yes, we are, we also recently did a deal with Gaming Realms as their first 3rd party provider. However, this deal with primarily done for America.

In terms of where the content sits when we have an idea we often have an idea where we think it would fit best. Either because of customers on the platform and what works well for them or what platform tech or marketing capabilities they have.

However, that said we always pitch the games to the platforms to see what they like the sound of and what strikes a chord with them. We want the platforms we use to be as excited about our games as we are, not just take them because we said so.

For Gaming Realms, we are choosing our top-performing content on the Relax and Yggdrasil platforms as we are primarily taking it to the USA so obviously only choose the top games. That said there are reasons to do a Gaming Realms first game so are looking at that too.

Q: What’s your most popular title to date? Would it be safe to assume that the Yeti takes the throne? or is there a dark horse amidst your catalogue that reigns supreme?

You are right – 90k Yeti is our top-performing Slot!

That said we do have quite a few top-performing games now, for example, our recently released 60 Second Heist is doing well, as is 7 Elements although it’s too early to tell properly yet but early indicators are good.

Also, 4 Fantastic Fish is off to a fin-tastic start so excited for that as well.

Q: What do you envision for 4ThePlayer in the coming months/years? More of the same great stuff that you’re already doing? Or even more exciting surprises?

The first thing to say is more exciting and innovative games! As I mentioned we have just finished the ideas for 2023 and there are some really cool ideas in there. Taking all our learning so far, combining it with player and customer feedback and making some really special ideas. I look forward to sharing some with you soon.

The next thing to say is more markets where players can enjoy our games. Whenever a new regulated market opens and it makes economic sense we look at it.

We are just about to go live in New Jersey, in the United States and are in the legal process in other states as well.  All with our own gaming license – which has been a long, expensive process but worth it in the long run as it shows we are here to stay and want to do things properly.

Q: And for the most controversial question of all…What’s your personal favourite? And why?

Believe it or not, this is a question I get asked a lot and my answer is always I am a little biased towards our latest creation.

For now, it is 4 Fantastic Fish – however, that said the Yeti has a special place in my heart 🙂