Triple Edge Studios are another of Microgamings independent game studios who provide exclusive content to Microgaming.

This partnership diversifies Microgaming’s portfolio of content, and it lets developers like Triple Edge Studios concentrate on what they do best while benefiting from exposure through Microgamings platform.

But who are Triple Edge Studios exactly? In this review, we’ll have a look at some of their slots so far to see what exciting concepts they’ve brought to life. 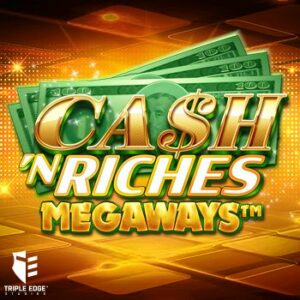 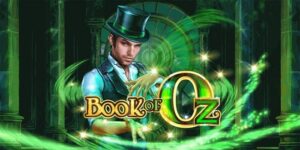 Triple Edge Studios and Microgaming joined forces in 2018 when Microgaming welcomed them as one of their exclusive content providers in a bid to deliver the best gaming experience to operators and players.

Triple Edge Studios debut came the same year with Playboy™ Gold, which took on a brand that Microgaming had licenced since 2013 and built upon it in a new slot filled with features to keep players absorbed.

Triple Edge Studios has improved substantially since their inception, but what are their best games?

Triple Edge Studios have succeeded thus far in building a captivating portfolio of slots with diverse mechanics and attractive potential.

The mythological Greek god of the Sea and the most ill-tempered Olympian shows his ferocity in Poseidon Ancient Fortune Megaways.

The gameplay for Poseidon Ancient Fortunes Megaways was top-notch, and the visual aesthetic that went with it really brought to life Poseidon and the Greek theme.

Adventures of Doubloon Island had you joining Calypso and her band of pirates as you set sail on a voyage to remember.

This particular slot utilised the HyperHold feature, which is a brand of games based on a popular land-based casino mechanic. The HyperHold Feature has settled into iGaming brilliantly, and Adventures of Doubloon Island more than proves it with win potential up to 2000x. Free Spins improved the excitement with better chances of getting the HyperHold Feature, and Win Booster boosted its winning capabilities quite significantly.

Adventures of Doubloon Island highlighted once again how artistically flawless Triple Edge Studio Slots can be with immersive pirate visuals that captured your attention the way Pirate slots should.

Assassin Moon took the player on a trip to Monte Carlo with a femme fatale spy Luna on an important assassination mission.

Triple Edge Studios benefits from being part of the Microgaming Quickfire platform, meaning that all of their releases are available anywhere that hosts Microgaming titles.

Microgaming supply over 800 of the worlds leading gaming brands, so you’re sure to find Stormcraft Studio slots at places like LeoVegas, Mr Green, UniBet, William Hill, Casumo and many more.

Triple Edge Studios prides themselves on their ability to exceed expectations with their innovative and dynamic mechanics, and they’re certainly living up to them standards so far.

Everything about them leaves no doubt about what buttons do and where to find info should you need it. Perhaps our only gripe with the user interface is the Max Bet button that they’ve included in their slots. This maximum bet button tempts more mistakes than it does intentional presses, so it’d be even better if they got rid of this.

Other than that, Triple Edge Studios have done a great job in this department.

Triple Edge Studios – What Else?

We’re thoroughly impressed with what we’ve seen from Triple Edge Studios so far. Their titles display innovative qualities through their HyperHold Feature, and the design of their slots leaves no doubt that they pride themselves in emphasising the importance of artistic quality in their games.

Microgaming has done well to welcome Triple Edge Studios into their flock of independent development studios, and we’re confident that they’ll continue to impress going forward with more innovative and entertaining titles.