Spinal Tap Slot is a slot from Blueprint gaming that is based on a fictitious British heavy metal band. A film called Spinal Tap (1984) was created which was a mockumentary about people’s attitudes towards heavy metal bands at the time.

The basics of Spinal Tap are very similar to every 243 ways slot of a 5 reels game. It has a very familiar feel to all Blueprints slots with a random feature. However, this is the first time that you can purchase this feature (called VIP mode) for 50x your bet value.

The buying of bonuses has become very popular and Blueprint have decided to introduce this for the first time.

The random feature can give 4 possible features with a number of events being between 2 to 11. A wheel in the shape of record player decides what the combination will be. You also have one respin chance for possibility of a better hit.

The 4 features on this wheel are:

During any spin, 3 bonus symbols or more can land to activate the bonus mode. Each extra bonus symbol above the 3 will remove the lowest feature from the picking event.

The Bonus picking event will present you with 20 records to pick from, once you complete the symbols for a given feature it will give you a choice of gambling to the next one. If you lose the gamble it will award a mystery prize and will exit the bonus round.

The features are (from worst to best) are: 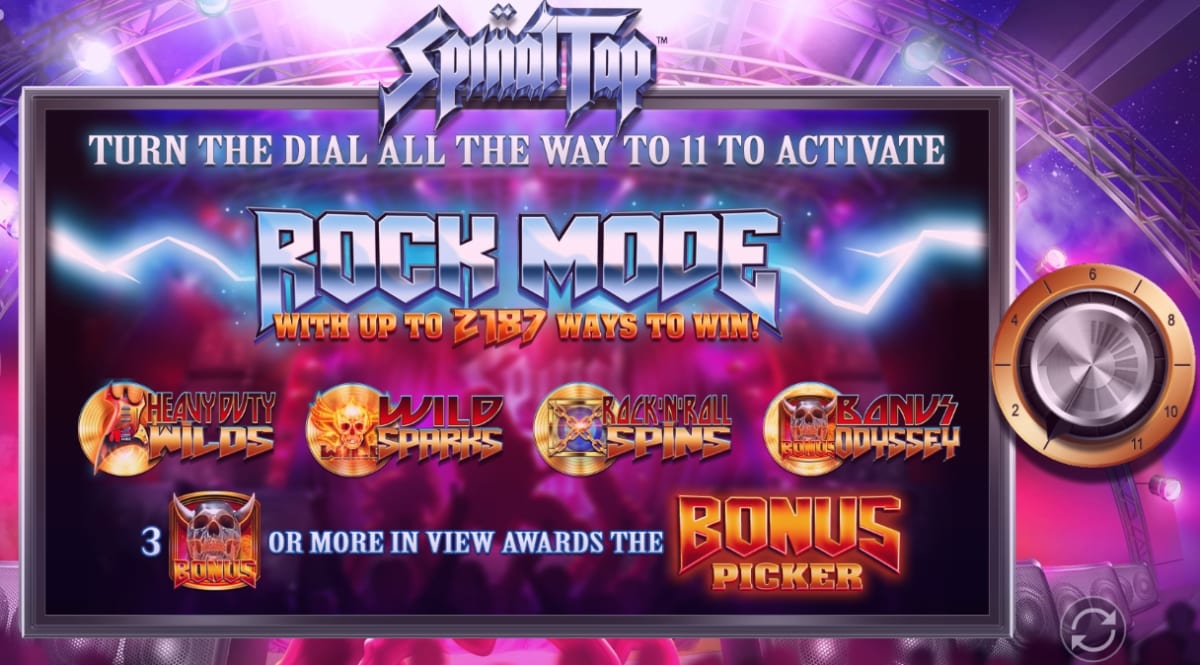 There is two ways to play this game – to play normally and trigger bonuses whenever or to spend 50x your bet to get the random feature.

The potential of the random feature can vary a LOT. This means you can easily get nothing or hit a big win. Therefore, we would say you have been warned that your balance could end up at 0 very quickly.

Let’s look more at the normal mode potential of this game. The random feature has such a wide range of potential, all 4 options can all pay big in the right setups which is an impressive balance. The number you get also does not mean you can guarantee anything big either which makes it very interesting.

However, if you can get 11 bonus symbols added it normally means you will get a bonus symbol on each reel and automatically get the World Tour. Its very rare to get a feature with so many options which can give potential on everything.

Again, the main bonus feature has potential at many levels, but as with all Blueprints the higher up the feature the better it normally is. Overall, I would say this holds true, but the Encore Free Spins is generally better than Stonehenge.

The top 3 features (Encore, Stonehenge and World Tour) have all great potential but with those comes the possibility of getting really bad bonuses.

Its very rare to find a game that is this well designed for potential whilst keep you interested. So, this will appeal to a lot of people maybe even the Blueprint haters.

Watch one of our big win videos on Spinal Tap from live on stream here!

The first time Blueprint has given a buy bonus feature, however it’s a bit sneaky they have put a respin option in when it clearly says in the information not to take the first offer. We have seen several people taking the first offer afraid that they are gambling something good.

The graphics and sound are excellent from Blueprint as always and the design is very familiar to those people who have played Blueprint slots before. There has been a lot of copies of other games coming from Blueprint recently, so this is a refreshing change as it shows some very clever design and thought.

We would tell people not to buy bonuses as the base game is good enough and, in most cases, may give more return (which is strange that the RTP is better on buying).

We think this will be a Blueprint that will last for a long time as it has so much variety and content that it doesn’t become boring quickly. Although there is not much difference in pays on the base game, it can soon become volatile with all the options. This will make it enjoyable for both casual and serious players. As always what do you think?