Take a foul mouthed bear and make him the star of his own slot game and what you have got? Well, aside from a recipe for some taboo entertainment, you’ve got the Ted Slot game.

Designed by Blueprint and featuring a combination of static symbols and live action characters, Ted is game that’s not only packed with features but entertainment.

From the overall look to the way sleeping Ted randomly springs into life to activate a bonus, you’ll love this video slot just as much as the hit movie.

Breaking Down the Basics of Ted Slots

On a basic level, Ted slots are five-reel, 20-payline spinners that feature a variety of icons and images from the 2012 movie. From bottles of coke to angry ducks and beautiful blondes, the cartoon symbols all represent some memorable moments from Ted.

However, perhaps the most interesting design feature is Ted himself. Placed in front of the reels, this character has a mind of his own and will randomly make a move as the reels spin.

On one level, Ted’s presence brings an extra layer of life to the game. On another level, the cuddly yet irreverent bear is part of Ted’s bonus system.

In a triumph of what’s essentially a connection between style and substance, Ted represents both the underlying theme of this slot and, moreover, a way to unlock a ton of prizes. 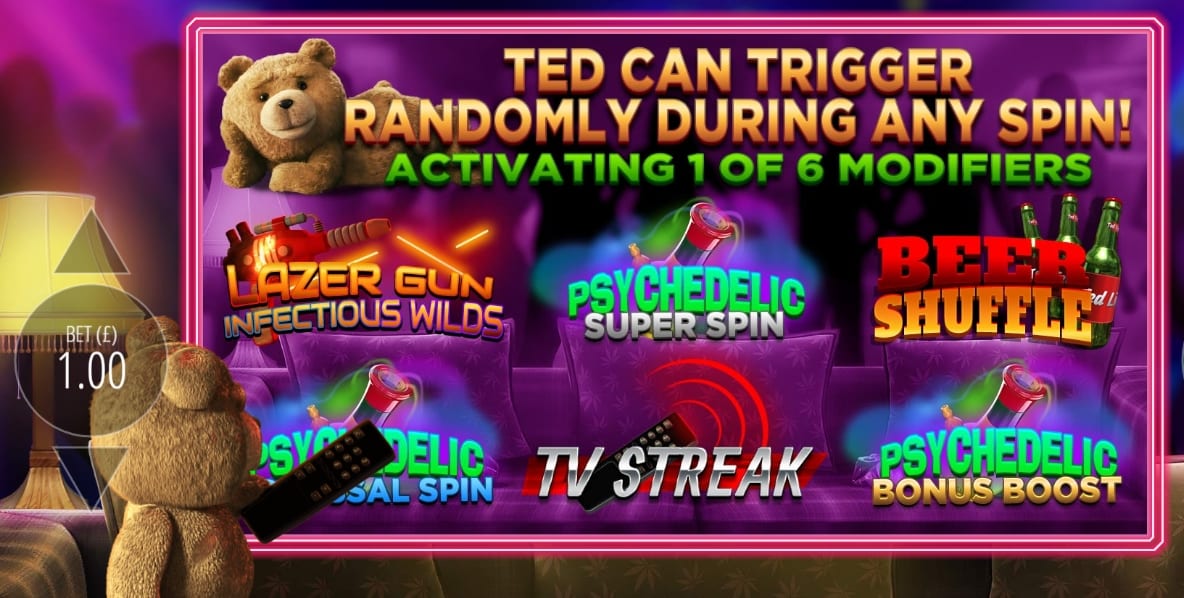 Before you can bring Ted to life and bank a ton of cash, you first need to make a bet. If you’re taking a turn on free Ted slots, the amount you wager won’t really matter.

However, if you’re taking a shot at some real prize money, you’ll need to move the “bet” counter (to the left of the reels) to an amount between 0.20 and 500 credits.

Once the reels are in motion, wins roll in from as little as 4X your line bet when you line up three J symbols. At the top of the shop, five wilds will release a jackpot worth 500X your line bet.

What’s even slicker about Ted slots is that you actually have two ways to win a jackpot amount. In addition to five wilds paying out 500X your line bet, five Ted super stacked symbols will do the same. 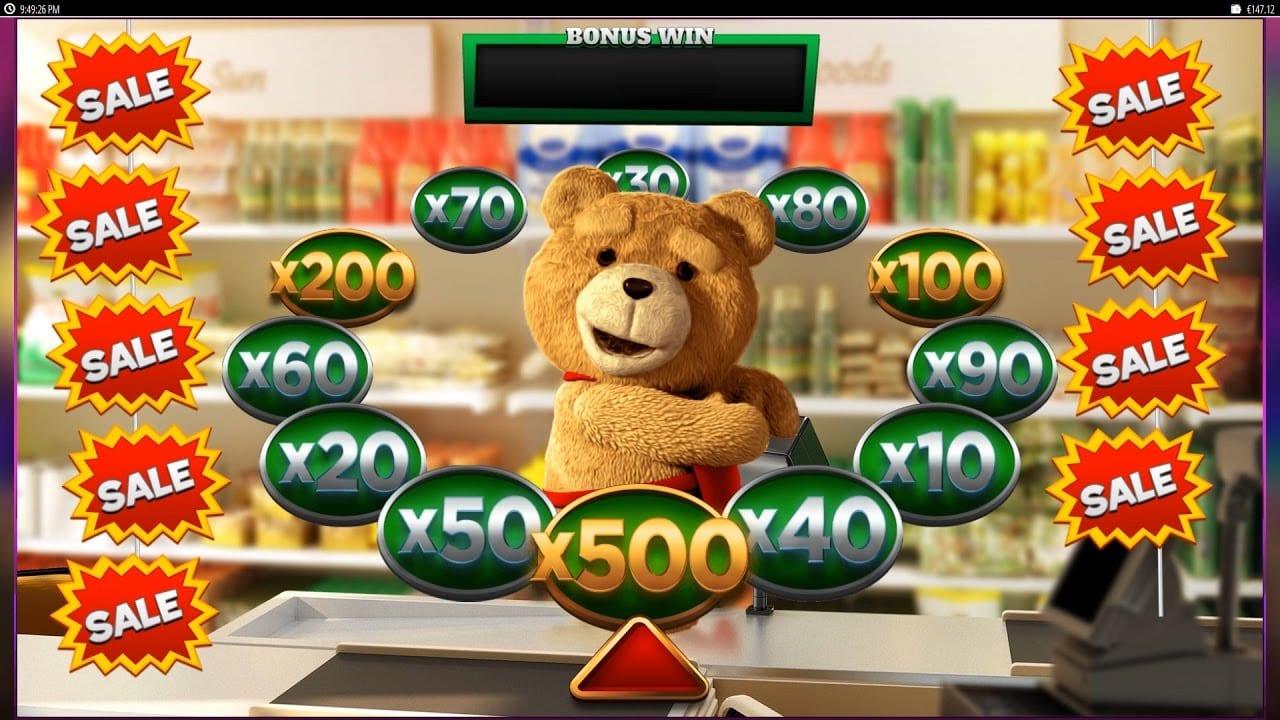 Why is Ted Such a Hot Slot?

As neat as the double jackpot system is in this game, things really come to life when you activate a Ted bonus. During the main game, Ted has the power to wake up and lavish you with one of six random modifiers.

From Laser Gun Infectious Wilds turning nothing into something to the Psychedelic Bonus Boost, these enhancements will help take your wins to the next level.

Beyond these special features, three or more scatters will unlock the Ted bonus ladder. The first time you hit this feature, you’ll start at level one. Then, as you unlock more bonuses, you’ll climb the ladder and find up to five cash-filled mini-games.

In simple terms, if you can stand the temper of our eponymous hero, Ted is an online slot that’s hugely engaging and, more importantly, hugely lucrative.