With a ‘Disruptive Gaming’ mindset, Hacksaw Gaming are on a mission to build scratchcards. slots and games with the world’s largest prizes.

Hacksaw Gaming was founded in 2018, and their relative youth means that they’re still unknown to many, despite a growing portfolio of electrifying games.

In this review, we’ll talk about Hacksaw Gaming, their innovations, top slots, and growth. 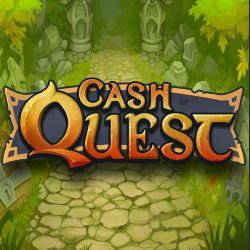 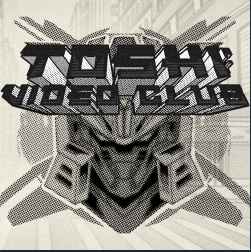 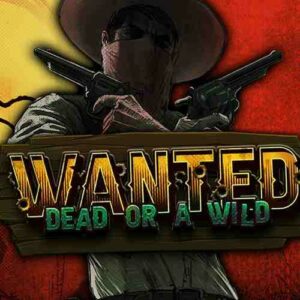 Wanted Dead Or A Wild 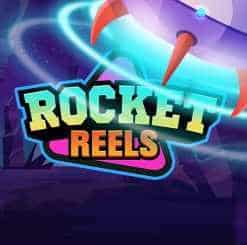 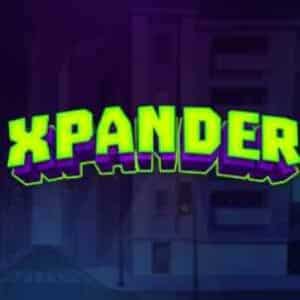 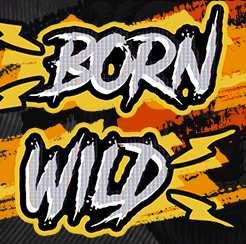 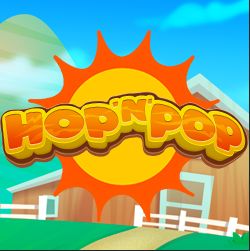 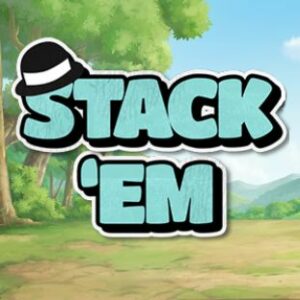 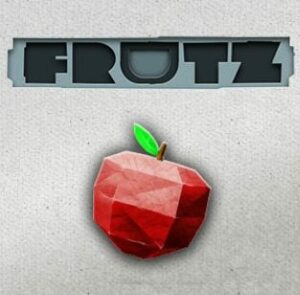 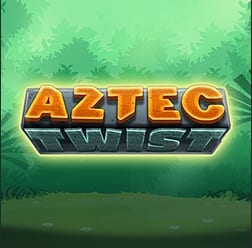 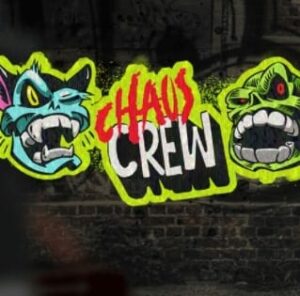 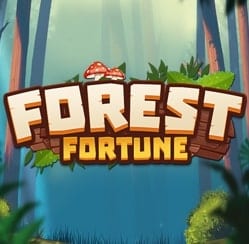 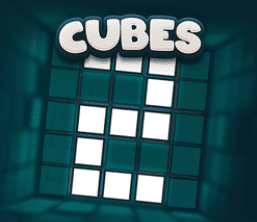 Hacksaw Gaming is a Malta based software provider who primarily create Slots and Scratch cards.

Still relatively new, Hacksaw Gaming have proven in a short time that they’re capable of making some compelling games, regarded now as a provider to watch for anticipated new games and sequels.

You can find Hacksaw Gaming games at leading UK Casinos, such as UniBet, LeoVegas and VideoSlots.

Why should you take notice of Hacksaw Gaming? Especially considering the mammoth development studios that dwarf Hacksaw Gaming with a vast portfolio of universally recognised Slots?

Let’s find out more about Hacksaw Gaming, and exactly why we think they’re one to watch

Hacksaw Gaming are a developer who launched in 2018, and since then, they have come a long way in making a name for themselves in the Casino Industry.

Back in December 2018, Hacksaw Gaming were awarded their B2B Licence by the Gambling Malta Authority, and not long after that, they signed a deal with Relax Gaming.

Hacksaw Gaming launched with an ambition to rethink the classic products that existed in the market, and they built and designed around an approach that first and foremost, catered to mobile users.

With over 30 Scratch cards product, with some capable of winning sums of up to £/€500,000, Hacksaw Gaming were well on their well to becoming the Studio that we know and hold dear today.

Not long after their scratch cards, Hacksaw Gaming entered the world of slots with a small portfolio that steadily grew.

In April 2019, they started with an exclusive LeoVegas roll out, but not long after that they found themselves on Casinobeats and Videoslots in July.

Hacksaw Gamings first ever slot was Stick ‘Em, which followed the adventure of Canny the Can, which had a Rubber Hose Animation style that was prevalent from the 20’s, before being eclipsed by more updated artwork in the late 30’s.

Not long after their first ever release, they were granted their UKGC licence in October 2019, and it was all uphill from there as they joined forces with White Hat Gaming, created their first Pocketz Slot, and got nominated for their first award at the Malta Gaming Awards.

The timeline just looked even brighter for Hacksaw from there, who found SiGMA success with an Instant Win of the Year award.

Lots more partnerships later, and with the introduction of the World’s biggest jackpot slot, Hacksaw Gaming just seem to be going from strength to strength

History aside, let’s look at Hacksaw Gaming as a whole today, and look at their games that some of you will undoubtedly already recognise, despite Hacksaw Gaming’s infancy.

Hacksaw Gaming has a relatively small portfolio of slots, having only made their first ever game in 2019. But they’re already gaining widespread recognition for some of the Slot Games they do have. Those of you who recognise the name already may know them from their Scratch Card products, which was compelling in ways like no others were with huge top prizes available.

Cash Compass and Let it Snow from Hacksaw Gaming share the title of Hacksaw’s best RTP Games, at 96.42% each.

Part of their Pocketz Series, which was focused on mobile play, Cash Compass saw you stranded on a desert island in a Cluster Pays game, where wins of over 7,000x were possible.

Similar in RTP and also win potential was Let it Snow, which was more or less a Cash Compass copy.

Though Let it Snow was a reskin of Cash Compass, it undoubtedly helped the masses get into the Christmas Spirit.

Both games had their charm, and to date they’re still the best RTP instalments to date.

RTP isn’t everything to players though, to some it’s a mere irrelevant statistic.

What else does Hacksaw Gaming have in their arsenal?

Yet another instalment in Hacksaw Gaming’s Pocketz series, Cubes took us to a world were slots meets Tetris and Rubiks Cubes, introducing some oddly satisfying gameplay

Multiplier cubes, Colour Blasts and Free Spins offered plenty of entertainment, so much so that Cubes warranted a sequel.

Cubes 2 very recently released and it’s everything that the original game was plus more.

With heightened volatility, Free Spins, Multi-Colour Free Spins and a massive increase in the maximum payout potential, Cubes 2 received a warm reception from players new to the series and old fans alike. 10,500x is the maximum available win in Cubes 2, and it’s hard to deny that Cubes 2 will continue to be popular for a good while yet, with videos popping up everywhere showcasing impressive hits in the bonus. 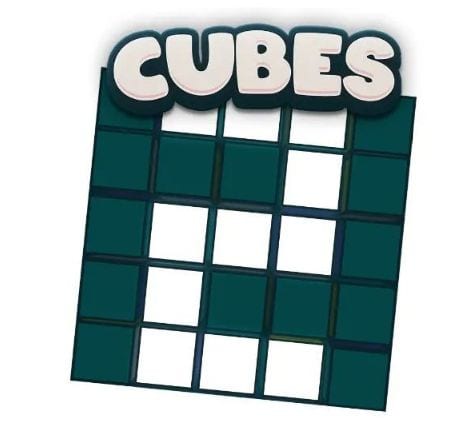 Chaos Crew has far exceeded the expectations of everyone, probably even Hacksaw Gaming themselves.

Chaos Crew takes you to the gritty parts of the city in the alleyway home to Cranky the Cat and Sketchy the Skull.

Chaos Crew received an overwhelmingly warm reception with it’s fierce gameplay and potential rich bonus, with wins of up to 10,000x available.

The Free Spins in Chaos Crew saw Sketchy the Skull add to the multipliers above the reels, and Cranky multiply them for some potentially massive wins.

Chaos Crew continues to be a hot topic even months after its release, and the game was so successful that Hacksaw Gaming have decided to draw inspiration from its great gameplay for a more pleasant looking sister slot, Forest Fortune. Forest Fortune will see all the excitement in Chaos Crew return in a picturesque forest environment.

Not only is Forest Fortune capable of wins akin to Chaos Crew, but it also comes with a bold fixed prize of £/€3,000,000.

It looks like Hacksaw have taken their experience with fixed prize games and implemented it into one of their newest slots.

As mentioned, Hacksaw Gaming are still relatively new in the game, at least comparative to other studios.

Despite being younger than most, they’ve still grown exponentially in the time that they have been around. You’ll find Hacksaw Gaming games on many sites, especially those under the White Hat Group.

Hacksaw Gaming are getting more and more creative with their games, that much is evident with games like Chaos Crew.

While the gameplay for Chaos Crew might loosely draw inspiration from games like Money Train in the way the bonus functions, the theme itself is unique.

Cubes is another example of Hacksaw Gaming’s creative prowess with highly entertaining and unique gameplay and features.

Cleverly implementing Fixed Prizes into their Slot Games, Hacksaw Gaming have made their portfolio an attractive prospect, with games like The Bomb, The Haunted Circus, My Lucky Number and most recently, Forest Fortune

Hacksaw Gaming’s portfolio of games and the user interface has a high-quality level of usability, with simple and user-friendly features making for a seamless Slot experience.

Hacksaw Gaming Slots have some of the best features, like quick spin, auto spin, and Bonus Buy Functionality in some of their later games.

Hacksaw Gaming – What else?

Hacksaw Gaming were relatively unknown in the slots world until very recently, and new and innovative ideas and fierce slots with high potential continue to put them on the map.

With games like Chaos Crew, Forest Fortune, Cubes 2 and Aztec Twist, it’s hard to imagine what they might come up with next.