Stormcraft Studios are an independent game developer that supplies exclusive content to Microgaming. They’ve enjoyed substantial success in what they’ve created so far, but some may still be wondering who exactly Stormcraft Studios are? Read on for a full review on this exciting provider. 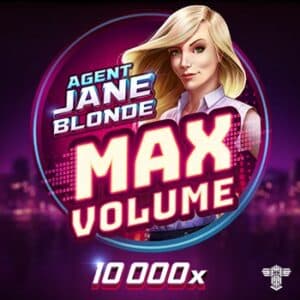 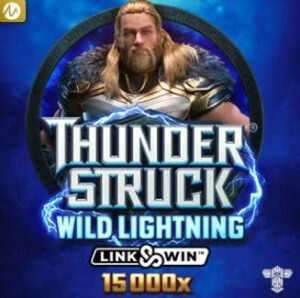 South African game developers Stormcraft Studios are a Microgaming partner who are on a mission to create epic game experiences that will ‘take the industry by storm’.

Stormcraft Studios have extensive experience amidst their ranks with many of their team previously working on unforgettable blockbuster titles in the past like Mega Moolah and Immortal Romance, and such expertise can only result in more memorable titles in the future. As enthusiasts themselves, Stormcraft Studios are somewhat perfectionists when it comes to releasing their games to the market, so you can expect high-quality titles with entertaining features and immense potential.

Stormcraft Studio was introduced by Microgaming back in 2018 as an independent developer who releases exclusive content via the Microgaming platform.

Seasoned veterans in the industry enjoyed the success of some of the most well-known slots around, and a new studio was forged with a sole mission to create epic games. Their first game to release via Microgaming was Fotunium, a steampunk-themed slot dubbed the Golden City of opportunity. This slot proved to be a big hit for the developer, and Stormcraft Studios went on to create a sequel that utilised the Mega Moolah feature for huge Jackpots.

Stormcraft Studios have a relatively small portfolio, but their library continues to how and each release looks more polished than the last. Let’s take a look at a few of the slots produced by Stormcraft Studios

Fire Forge is a 243 ways slot with a win potential of up to 50,000x, making it hotter than the molten lava of the dwarven forge itself.

Fire Forge has the potential to ignite at any moment, with Gold, Silver and Bronze Jackpots and a multiplier that can reach up to 200x in Free Spins.

This slot was very well received from the iGaming community, and more like this slot would be more than welcome.

Fortunium Gold stayed true to the original with all of the popular features of the original game, but it added the Mega Moolah Jackpot bonus to crank up the potential. The four-tiered Mega Moolah Jackpots was exciting no matter what level you were on, and the Win Booster brought even more potential to the game itself with more mystery symbols and more opportunities to trigger the Jackpot.

Is Fortunium Gold the last we’ve seen of the Fortunium series? Maybe, but we’d happily welcome another should Stormcraft Studios decide to revive it once more.

Wild Catch took us on a trip to the river in their fishing-themed slot, Wild Catch.

Wild Catch had exciting Rolling Reels, Growing Wilds and Jackpots, giving players the chance to reel in the catch of a lifetime.

Wild Catch had three progressively unlocked Free Spins Features, which each had its own volatility and multiplier levels. Start your angling career at Crystal Lake, but as you become a more seasoned fisherman you may want to check out the higher volatility Emerald Creek and Golden Rapids to catch the big one.

Stormcraft Studios benefits from being part of the Microgaming platform, meaning that all of their releases are available anywhere that hosts Microgaming titles.

Microgaming supply over 800 of the worlds leading gaming brands, so you’re sure to find Stormcraft Studio slots at places like LeoVegas, Mr Green, UniBet, William Hill, Casumo and many more.

In a relatively short time and with a relatively small portfolio, Stormcraft Studios have done well to establish themselves as a unique and innovative iGaming developer.

Stormcraft Studios Slot understands the importance of an easy to understand user interface. The way they’ve designed and placed the user functions leaves no doubt on what they do, and the paytable leaves no questions about how their slots work.

This aspect of creating a slot is lost on some providers who make questionable decisions like maximum stake buttons, which do nothing but tempt costly mistakes. Thankfully, you’ll find none of that with Stormcraft Studio Slots.

Stormcraft Studio – What Else?

We’re seriously impressed with what we’ve seen so far from Stormcraft Studios. Their titles so far have captured the attention of many players around the globe, and we’re confident that future instalments will do the same.

Ones to watch? We think so. Everything so far seems to indicate that they can go far and further their success. Microgaming was seemingly right to place faith in Stormcraft Studios as one of their exclusive content providers.