The Final Countdown Slot has been unleashed by Big Time Gaming. The hit Europe single from the 1980’s features heavily and adds intense excitement to the game play. A sequel to Danger High Voltage, this new incarnation has a set up with 6-reels, 4-rows, and 4,094 ways to win.

The futuristic design adds a new twist to the action, and the powerful song fits perfectly into the theme enriching the atmosphere and immersive qualities of the game. The classic game symbols include high-value playing card from Nine up to Ace.

The originally crafted symbols include green, blue, red and purple gemstones. The highest paying logo is the Purple Gemstone, gifting you 25x your triggering wager for landing all six. In addition, you will find two special value icons with the gold Scatter and the Wild.

Once enabled the inner 4 reels sync up and create identical reels, and the Scatter symbol can also get synchronised. If a Wild lands on the Clone Reels, you trigger the Clone Wilds. The wild symbol then expands its multipliers and size.

If you get 2,3 or 4 cloned reels, that will result in x4, x27, and x256 multiplier wilds. Getting 3 Scatters triggers the bonus round and you have a choice between, The Countdown feature, with roaming Wild multipliers which increase with every re-trigger.

The other alternative is the Heading For Venus round, with its unique Reel Clones, and an exciting Velocity Wild. 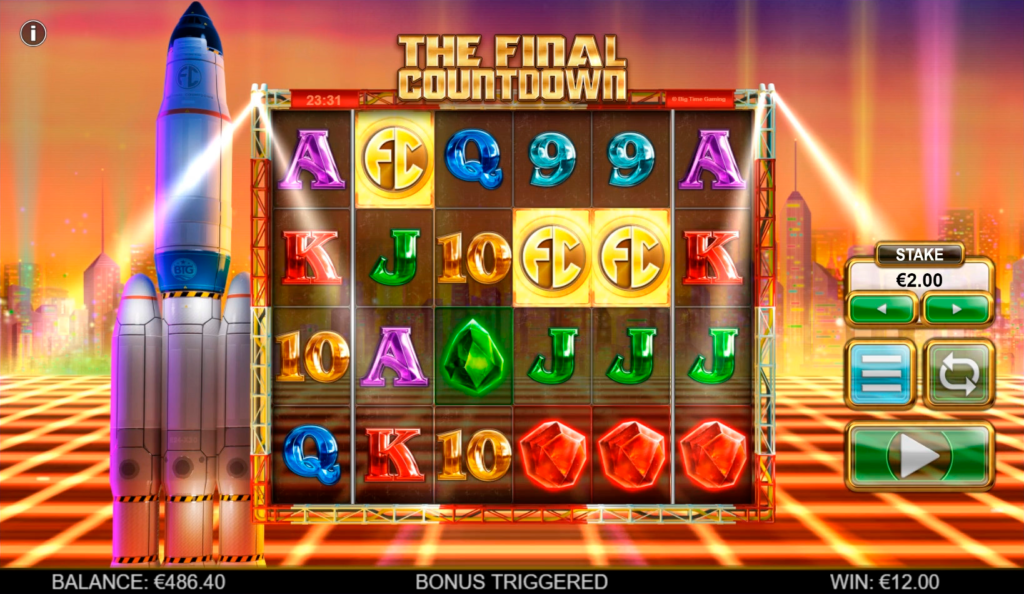 The Countdown & Heading For Venus Features

If you choose The Countdown, you are initially given 8 Free Spins with a 2×2 multiplier wild moving along the reels with every spin. Once you reactivate the feature, you will get the maximum potential of the bonus.

The Scatter symbol helps to re-trigger the round and takes you three steps closer to the countdown. Once the meter goes down to zero the feature re-triggers with increased potential of wins rising to a high 256x your bet.

The other feature is the equally engaging Heading For Venus round, whereby you initially receive 15 Free Spins. The Reel Clone feature can appear with each spin, and the Velocity Wild turns up on the Clone Reels, with a multiplier rising as high as 888x your wager. 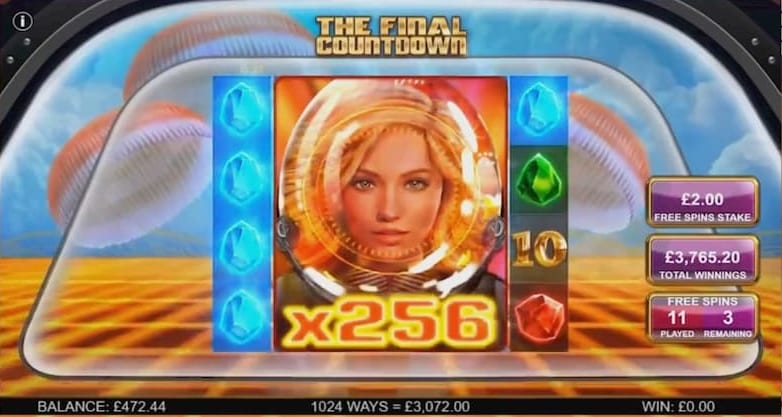 The great features, design and game play all contribute to the appeal of this beautiful new slot. The Reel Clone feature is imposing, and the game works brilliantly on most mobile devices. You can download the game, or play using Flash-based Instant Play.

The Sci-Fi theme is stylish and pleasant making the game different and a breath of fresh air. The beautiful visual presentation and the exciting music soundtrack combine to craft a skilfully balanced slot experience.

This slot is possibly the most anticipated slot release EVER!! With insane potential and crazy multipliers The Final countdown has potential that every slot playing enthusiasts dreams about. We look forward to playing it and cant wait to see some of the epic wins that this game truly promises!