Howl at the moon and embrace your inner beast with Pragmatic Play’s new game Curse of the Werewolf Megaways Slot.

Pragmatic Play is giants in the world of gambling with a multitude of impressive titles amidst their portfolio. They’re the brains behind the much-loved The Dog House Megaways, Drago Jewels of Fortune, Fruit Party and many more.

Once again, Pragmatic Play has utilised Big Time Gaming’s highly coveted and internationally recognised Megaways Slots Licence which has become one of the most popular mechanics out there today.

Reaching unprecedented levels of popularity, providing hours and hours of fun to many.

It’s a Full Moon at Curse of the Werewolf Megaways

Curse of the Werewolf has a medieval/Victorian horror theme and is set within a town plagued with werewolves on the night of a full moon.

The graphics on this New Slot are cartoony, so it’s a little light-hearted too, but has eerie music to bring the horror vibe right back.

Curse of the Werewolf is, of course, a Megaways game. It has 6 reels, each of which can hold a maximum of 6 symbols which unfortunately means that the conventional 117,648 ways to win just isn’t possible.

Curse of the Werewolf Megaways pays from left to right, with 3 or more matching symbols needed on adjacent reels to form a win.

Betting can be customised via a Bet Level and Coin Value. The lowest available bet is 0.20 and the highest is 100. The low end is pretty much what we expect, but the highest bet is a lot higher than what you might expect from a Megaways game.

There are 10 symbols in total, with the fearsome Werewolf at the top of the food chain as the top symbol. Other high paying symbols are comprised of some villagers, and low symbols are A, K, Q, J & 10. There is also a Wild that substitutes for the scatter, mystery and the attacking Werewolf symbol. 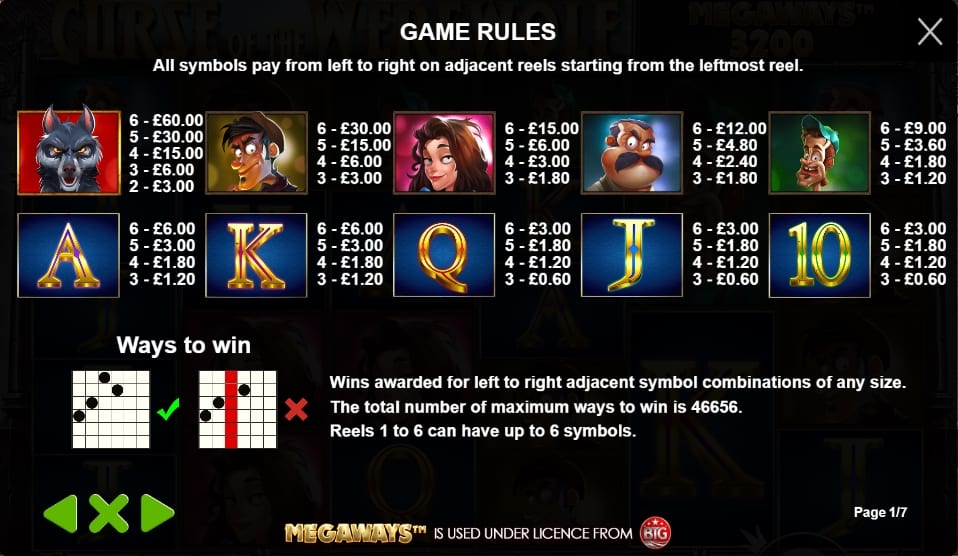 The Base Game of Curse of the Werewolf Megaways Slot

The Base Game is much like the standard Megaways game that you know and love, spin away to varying different ways to win and hopefully, hit big on a nice number of good symbols. That’s not all The Curse of the Werewolf has to offer though, it also has some additional features that should keep you more than entertained until the bonus lands.

Randomly, on any given spin in the base game, a Super Spin can trigger that holds stacks of high-value symbols.

Randomly, on any given spin in the base game, a Guaranteed Win can trigger that will guarantee a big win on multiple ways

The symbol of a Wolf howling at the moon is a mystery symbol. It appears on all reels and can trigger on any given spin in the base game. Whenever any number of these hits, they will transform into the same paying symbol randomly, after which win combinations are awarded.

Curse of the Werewolf Free Spins

Free Spins are triggered when 3 or more Scatter Symbols land anywhere in view…. we love it when you only need 3.

The Free Spins has a Progressive Feature. There is a symbol similar to the top symbol with an orange background called the Attacking Werewolf, which also substitutes for the top symbol.

You’ll notice during the round that the top paying symbols are present above, or to the side of the reel with a health bar.

During the round, whenever the Attacking Werewolf Lands, it will remove 1 to 5 lives from one of the high-value symbols. If 5 lives are taken from one character, that symbol will turn into the Top Symbol Werewolf for the rest of the round.

The aim of the game is to land as many attacking Werewolves as you can, changing all of the top-paying symbols into the highest paying symbol, which will then potentially materialise into spins where the top symbol is everywhere landing you some nice wins.

Re-triggered with 2 or more Scatter Symbols.

Players outside of the UK can benefit from a bonus buy feature, which is available at 100x your stake. This will award between 3-6 bonus symbols.

Our Verdict of Curse of the Werewolf Slot

The Base game offers some solid additions in the form of Reel Modifiers or Mystery Symbols that will keep you entertained, and top up the balance.

The Casino Bonus game is where it really shines though, and its great fun to watch and hope for those Attacking Werewolves to land.

As you sit at your computer or phone screen and chuckle as the werewolves mercilessly maim innocent human beings, you’ll find yourself bubbling with excitement as they turn into Werewolves and open up your game for some big hits.

The game is high volatility, so sometimes the bonus will, of course, fall short with not an Attacking Werewolf to be seen for miles. But if it does kick-off, it can massively kick-off.

The game boasts a huge maximum win of over 40,000x, which would have even the most upstanding of people set aside their moral compass and basically feed the Humans to the Werewolves themselves.

This new slot game is available to play at most New Casinos right now! 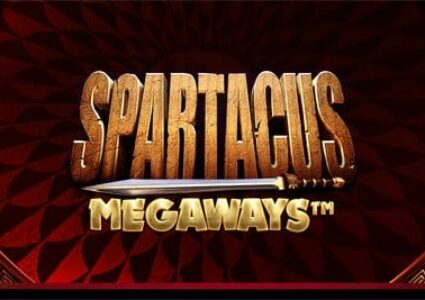