The creators of the incredible Jammin’ Jars, Razor Shark and Wheel of Wonders have returned with an epic adventure where you’ll join a band of Sky Pirates to uncover the history of the land in the sky.

If past Push Gaming instalments are anything to go by, then it’s pretty safe to say that Land of Zenith Slot will be a pretty enthralling instalment.

There looks like there will be a lot of features within the game, which further cements Push Gaming’s reputation for creating something that is inventive and unique, even the theme of the game on its own is enough to get you interested.

The Sky’s the Limit in Land of Zenith Slot

Land of Zenith Slot is an impressive video slot with graphics and illustrations that will leave you in awe.

Floating Islands fill the backdrop of the game with a disc mechanism and Turner that shrouds the reels, making for a unique an imaginative border.

The music for the game is light and peaceful, which resonates well with the calm visuals that Push Gaming have pulled off in Land of Zenith slot. Push Gaming had a little bit of inspiration in this game from the popular Gulliver’s travels. 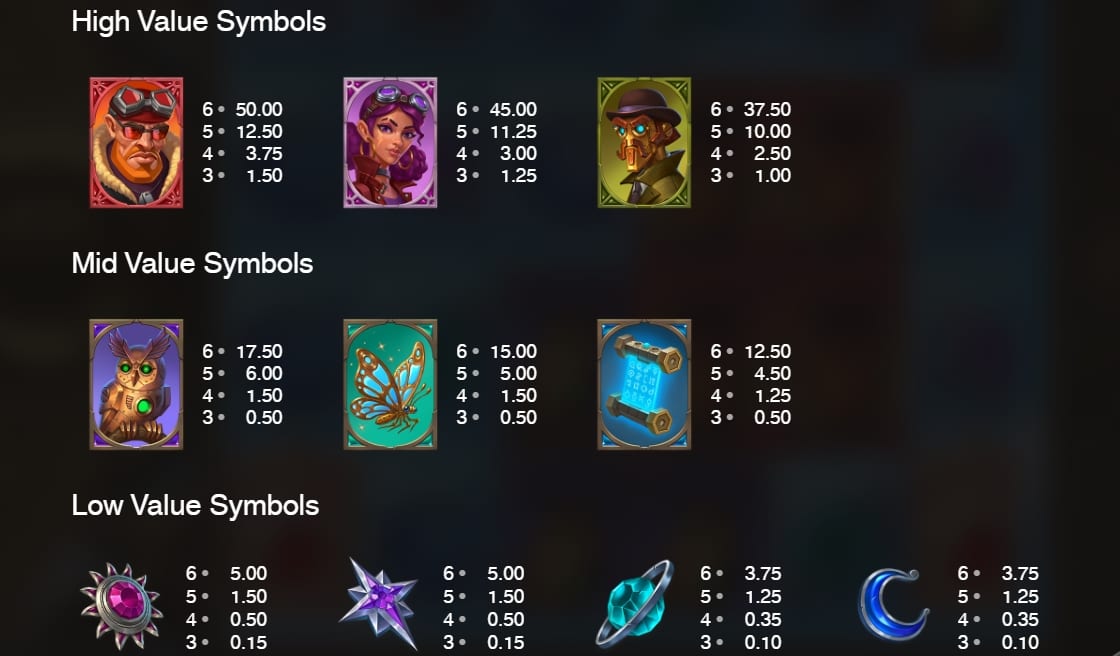 Land of Zenith Slot is a video slot with 30 set pay lines, which are always active, regardless of stake. 3 or more of any symbols are needed to form a win, and decent enough wins can be made by connecting some of the higher paying symbols all the way across a pay line, but they’re nothing spectacular. But fear not, because Land of Zenith slot has some compelling features that can change these mediocre pays into something breath-taking.

The Disc Mechanism visible by the side of the reels serves to trigger the features in the game. The mechanism is composed from 3 discs that move independently from each other, with an inner, middle and outer disc.

If one of the groves on each disc aligns with each other to form a full groove, then a bouncing mystery feature will activate.

There is a chance that the disc may turn golden, which will trigger the Hypermode Free Spins under the same conditions that would usually trigger the Bouncing Mystery. Movement of the Disc Mechanism is dictated by the Turner Symbols.

Turner Symbols may land on reels 2, 4 and 6. There are two variants of the Turner Symbols, which may be either Clockwise or Anti-Clockwise.

Bouncing Mystery Symbols activated by the Disc Mechanism will reveal the same symbols. When the feature is triggered, then an orb will shoot from the middle of the reels to a random direction.

Every time the orb collides with the edge of the reels then it will create a mystery symbol on a position on the reel that it was closest to when it bounced. At this point, there is a chance for it to either disappear, or split and rebound.

If the Orb splits into two, then 5 mystery symbols in a cross shape will be made when they collide. The positions of the mystery symbols that it creates will be on a position nearest to the point where the orbs collided.

The mystery symbols will reveal their symbol when there are no more orbs in view, and the feature will conclude.

If the groves on the Disc Mechanism are gold when they align then you’ll have the Hypermode Free Spins instead of Mystery Symbols.

You’ll be awarded 20 seconds of play as opposed to spins in this mode, with the mission to land Wild symbols during that time. Each time you land a Wild during the feature, the speed at which the reels spin and land will increase, which partly re-fills the re-trigger meter.

If you completely fill the re-trigger, then you’ll be awarded an extra 10 seconds on the timer. Each of the first 4 re-triggers will also remove the current lowest paying symbol from the reels, giving you an increased chance at making connections with some higher paying symbols. 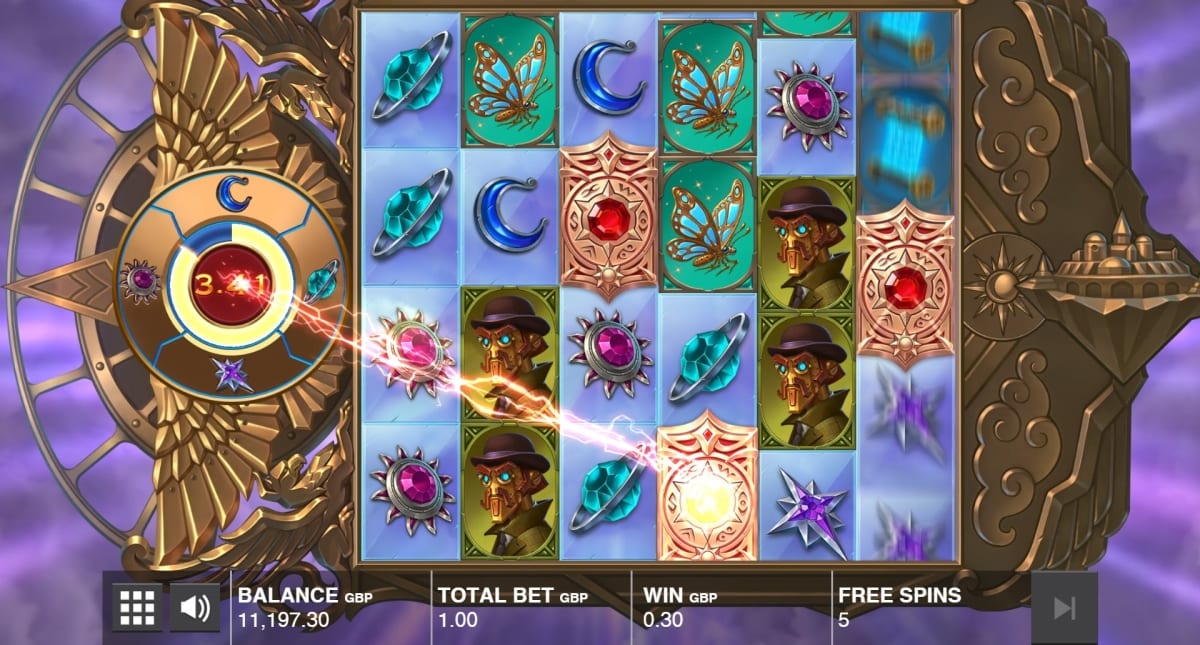 Land of Zenith Slot is an imaginative game from the people over at Push Gaming, whose minds are inclined towards a more innovative way of thinking than most.

The Game has a respectable RTP at 96.29% and there are some solid wins available here, with a maximum potential of a whopping 21,003x.

The Disc Mechanism and all the surprises it holds will keep you thoroughly entertained. It’s definitely another one to look forward to from Push Gaming.

Land of Zenith slot will be available to play across selected desktop and Mobile Casinos on the 11/03/2021.