Sci-Fi fans rejoice with Pragmatic Play’s newest celestial instalment, Star Bounty Slot. We’re becoming bounty hunters as we revel in an adventure in the vast frontier of space with something very reminiscent of the Mass Effect series.

Pragmatic Play have brought some awesome titles to the market this year. The likes of Curse of the Werewolf Megaways had us prowling through the night.

While The Dog House Megaways had us frolicking with the suburban puppies. Whenever you see the Pragmatic stamp on a game, you know that it’s been designed by a team of experts.

They proven time and time again that they produce some of the best games around. Their release schedule is pretty impressive too, with up to four new slot titles a month.

A New Dawn of Discovery in Star Bounty

The theme for Star Bounty sees us upon a spaceship on an alien world. In the background, you can see futuristic structures as ships come and go in the distance.

The music is a mixture of an outer world tune and an arcade soundtrack. All together it melds well together as an interesting theme. It all looks very video game inspired too, once again, Mass Effect comes to mind.

But there seems to also be a hint of Destiny with the suits of mech armour worn by some of the Bounty Hunter Symbols.

The layout of the reels is a little different too, following a hexagonal shape where reels are misaligned in terms of height, rather than flush together as most games make it.

Whether you’re a safer player or a high roller, Star Bounty has it all. From bets as low as 0.20 and as high as 100, with lots of options in between, there’s something for everyone.

The rest of the high paying symbols are also distinguished by this hexagon frame, and low paying symbols are A, K, Q, & J. There is also a Wild symbol that will substitute for all but the scatter symbol. The Wild only appears on reels 2, 3, 4, 5 & 6. 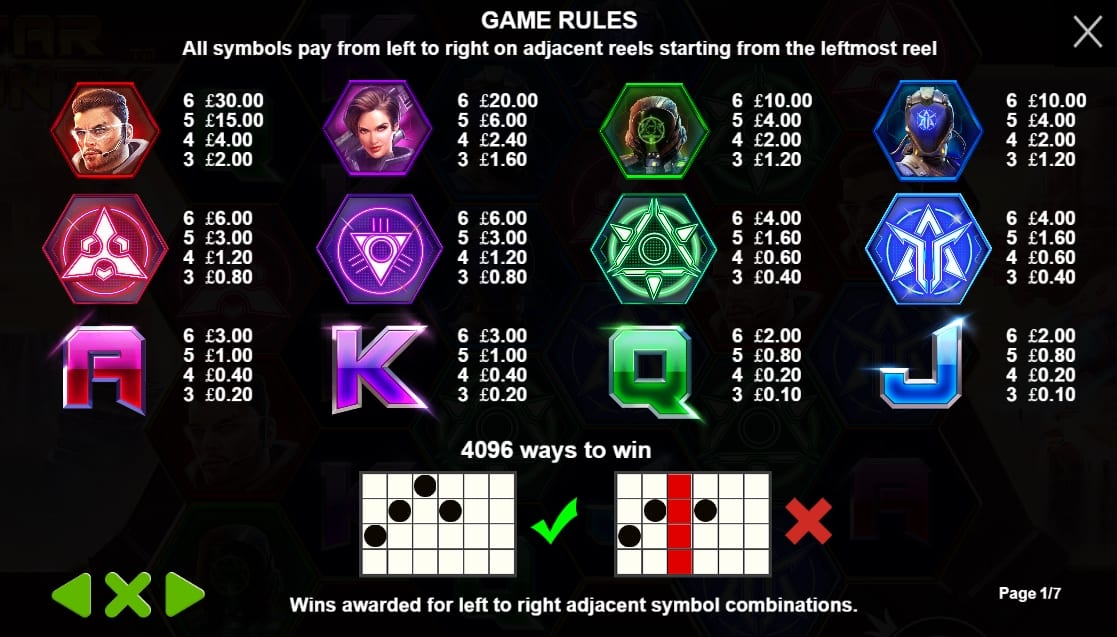 The Base Game and Features of Star Bounty

Star bounty is a 6-reel video slot with 4,096 ways to win. Wins are achieved when 3 or more matching symbols land from left to right on adjacent reels.

‘Ways to win’ have become a favourite among the community, because with this method you need not worry about pay lines because symbols will connect no matter where they sit on their respective reel.

Star Bounty features some interesting mechanics within the base game that will keep you intrigued.

The Tumble Feature works pretty much as you’d expect, and those who play Megaways Slots often will be more than acquainted. For those who aren’t familiar, it works like this…

After every winning spin, the winning combinations will disappear after wins are paid. Any symbols above the ones that won will tumble further down the reel, and all remaining empty spaces will be filled by cascading symbols from above.

This is a welcome feature in any game, as it creates the opportunity for multiple wins to occur on one spin. Tumbling will continue until no more winning combinations materialise.

A symbol called a ‘Missile Wild’ feature can land, and when it does, it will fire randomly at other symbols, turning them into wilds. This can only land on 2, 3 and 4.

This feature can help you churn out some decent hits in the base game, and better yet, in free spins the wilds can carry 2x or 3x multipliers. 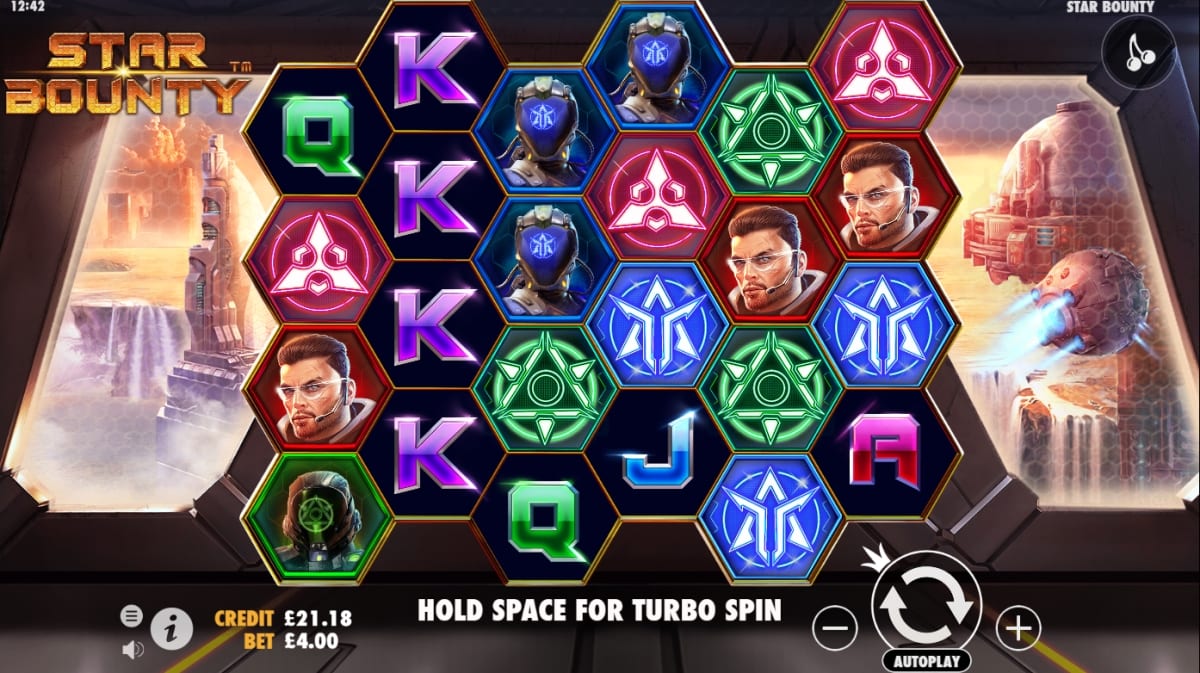 Landing 3 or more scatter symbols will trigger the Casino Bonus. Before the round starts, a special re-spin will be played.

The feature will start from the number of Free Spin symbols that triggered the feature, awarding 1 spin per symbol, and will award an additional 1 for any more than land to fill an empty space in the grid.

The maximum number that can be won is 24, and the re-spin will end when this is achieved or a spin occurs where no new scatter symbols are added to the grid.

During Free spins, our friend the Missile Feature makes its return, this time carrying potential multipliers. As stated, 2x or 3x multipliers can materialise from this feature.

The best bit is that connecting wilds will multiply each other. This can set you up for some potentially huge wins.

Those that have seen games that multiply, like Primal Megaways, or Euphoria will know what a valuable tool this is. Naturally, some games do it the other way where multipliers add together for a total rather than multiply, but not Star Bounty.

Our Verdict of Star Bounty

I don’t want to jump to conclusions…but I think Pragmatic Play might have done it yet again.

Star Bounty was a pleasure to play. With it’s cascading/tumble feature and Missile Wilds, a lot of fun was had playing this game in the base. It wasn’t too bad at holding a balance either, and Free Spins came in fairly quickly…granted this will be different for everyone who plays it.

The game is highly volatile, which obviously means it pays out less often on average, but the chance to hit big in a short time frame is higher.

A lot of people seem to love the volatile ones, they come with that risk factor and gives players something to strive for. Star Bounty can certainly be worth striving for too, with a huge max win of 25,920x possible.