Unimaginable treasures lie deep within the blue, along with some captivating features and Megaways action.

iSoftBet are no stranger to Big Time Gaming’s Megaways Mechanic, having adopted it many times before.

The most notable of these are iSoftBet’s Twisted Tale series, which includes the thrilling Morgana Megaways and Queen of Wonderland Megaways.

It’ll be a tall order for iSoftBet to create something as good as these two, but they’ve certainly got our attention with the switch from villainy to divinity with the Roman God Neptune.

Meet the God of the Sea in Neptunes Fortune Megaways

A simple sea theme is present in Neptunes Fortune Megaways Slot, showing just the still, freshwater sanctuary of Neptune amidst the corals.

The only thing really moving on screen is the bubbles that float to the surface, and the music is a calming and tame tune, which might be considered out of character for a game centred around the mighty Roman God of the seas, who controls the wind and storms.

Overall though, it’s a decent theme pulled off well by iSoftBet, and the alluring treasure chests above the reels aren’t just there for show…

Betting options for Neptunes Fortune Megaways Slot are pretty in line with what you’d expect with a low option of £/€0.20 and a high option of £/€20.

There’re lots of options in between too, so there’s nothing really to complain about here when it comes to the stake.

Neptune serves as top symbol for the game, and he’s joined as high paying symbols by the Octopus, Turtle, Shell and Starfish symbols.

A, K, Q, J & 10 comprise the low paying symbols, and there’re also Wilds which substitute for all but the Trident Scatter symbol.

This isn’t exactly the ‘purest’ version of a Megaways game, which traditionally has up to 117,649 ways to win, but there’s some mechanics at play here that other games can not lay claim to, which makes up for the downgrade of the ways that you can win.

Starting off with it’s most basic functions…3 or more matching symbols on consecutive reels from left to right will form a win.

Winning symbols are subsequently removed, and new symbols will fall in via a cascade to take their place, which will potentially form new winning combinations.

Wilds In the game perform more than their usual function of substituting for a symbol. In this game, they also contribute towards opening the chests at the top of the reels. 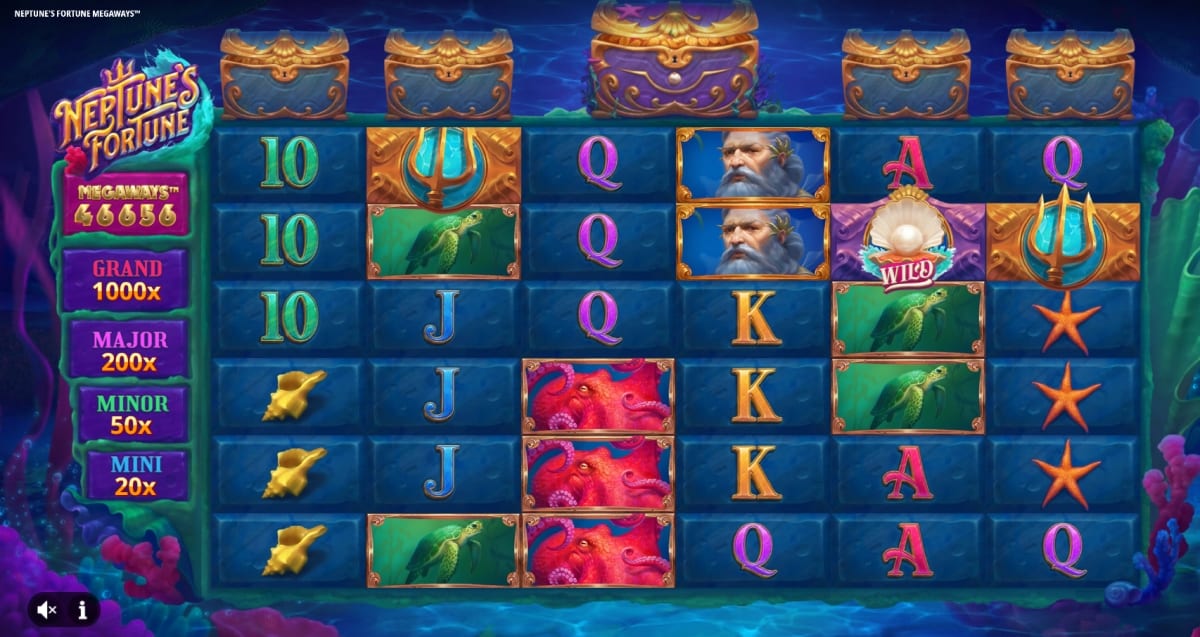 Wilds may open any of the chests once it lands, with the smaller chests holding within them multipliers. The Chests may reveal up to 4 multipliers which can have values of a maximum of x5.

The total multiplier is applied to the win once no more winning combinations are possible.

The big chest in the middle is a little bit of a different story. This will be your key to the Neptune’s Bonus.

To be awarded one of these, you’ll need pick from the pearls on screen, which will reveal one of the aforementioned prizes. Pick 3 of the same to be awarded that prize. 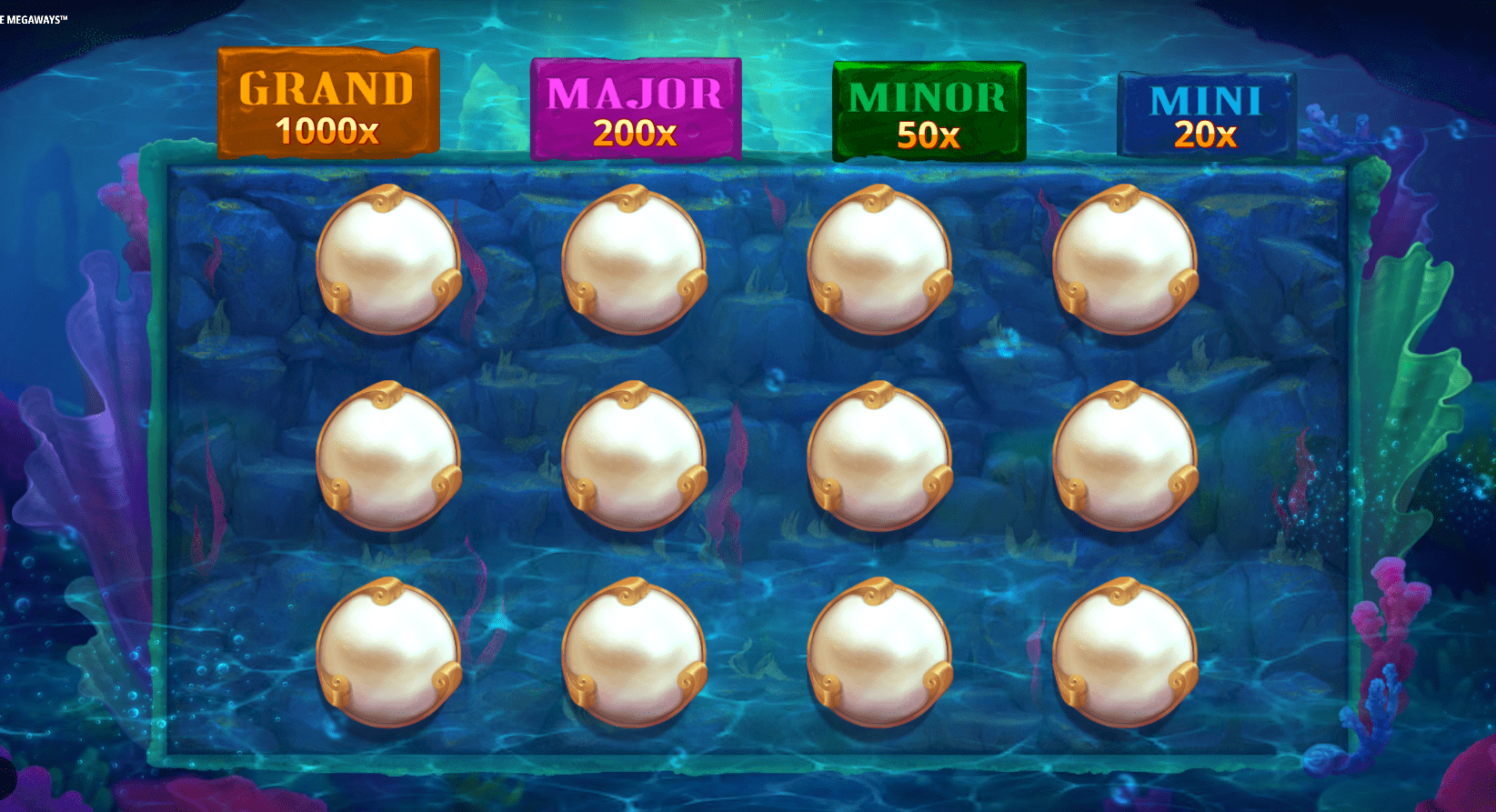 Neptunes Fortune Megaways Slot also has a Free Spins round, which is triggered when you land 4 or more Trident Scatters in view anywhere in the Base Game.

Any chest may trigger in the Bonus in the usual fashion when you land a Wild, awarding multipliers to your winnings or entry into the Neptune’s Bonus.

iSoftBet like to do something a little bit different with their Megaways games of late.

Morgana Megaways and Queen of Wonderlands Megaways certainly threw in something a little bit different to keep it fresh, and so does Neptunes Fortune Megaways Slot.

None of the features are exactly innovation personified…they’re definitely features that have been seen somewhere else before, but it’s nice to have a Megaways game that isn’t so cut and dry like a lot of other Megaways games.

The Neptune’s Bonus is a nice addition, and the fact that one of the jackpot prizes are guaranteed makes it exciting.

As with most Megaways Slots, the Free Spins don’t seem to come easy, appearing on average once every 340 spins.

Neptunes Fortune Megaways Slot will be available to play on selected Online Casinos on the 27/01/2021.