Who Wants To Be A Millionaire Slot

Who Wants To Be A Millionaire Slot from Big Time Gaming is the first branded game that they have attempted and released. It’s based on the popular ‘Who wants to be a Millionaire’ gameshow and the game is designed to fit into the theme of the gameshow.

The slot has a familiar long and feel to the slot in two ways. The first is the symbols which are all in the similar design as the Starquest game with the purple crystals and Millionaire symbols.

The reels are in the familiar Megaways setup of 6 reels with up to 7 symbols per reel giving a maximum 117649 Megaways. The second is the format of the Reels look like Extra Chilli and because of this the game will be brandished as a clone of that game.

This game is practically a reskin of Extra Chilli, the symbols have changed but the layout of reels and maximum Megaways are all the same. However, they have removed the Buy a Feature so this is different from Extra Chilli and you must trigger it in with 3 Millionaire symbols to gain 8 free spins.

This is to simulate the number of steps that are on the actual gameshow ladder and it even has 2 safety points also. This is the new part of this familiar format when it comes to gambling the free spins.

You have a ladder where you start on 8 free spins and your first choice is to gamble to 10 or to lose and get 0. The gamble is decided by a multiple choice of A, B, C and D to assist your choice you get a random lifeline of either ‘Ask the Audience’, ’50:50’ or ‘Phone a Friend’.

However, these lifelines can be totally incorrect so its not always best to believe them also. If you get to 10 spins you are guaranteed that amount, you can then carry on gambling to 20 and once there those are also guaranteed.

The final safe point is when you reach the full 50 free spins which is a successful gamble run of 11 times!!

At any point you can collect your free spins and it transfers back to the normal reels and plays in the same way as Extra Chilli where each win increases the multiplier by 1. If you get 3 scatters in the bottom reel it will retrigger for 4 more and 4 scatters will give 8 more free spins. 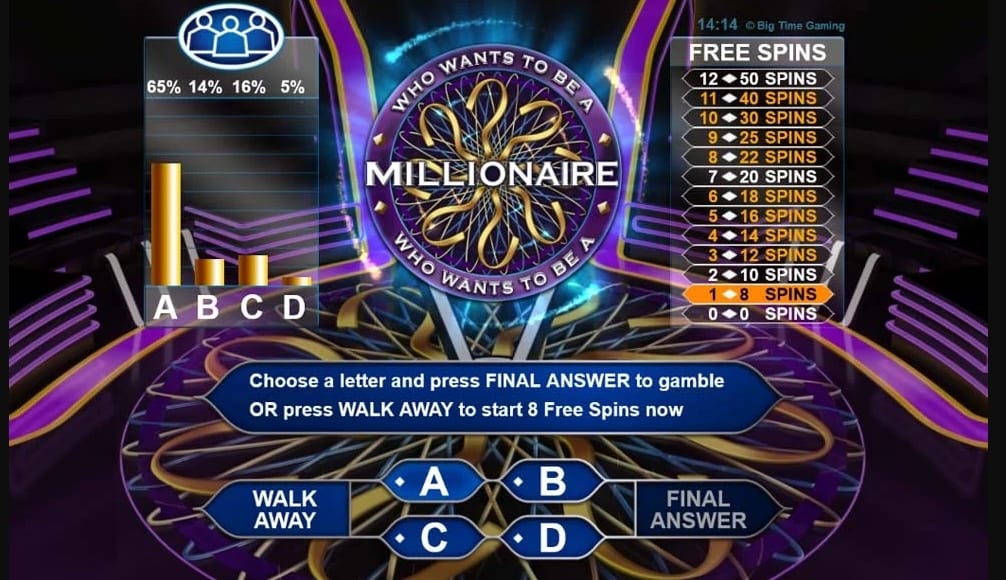 The slot feels like Extra Chilli with some minor changes. The biggest of these changes is the gamble to free spins and the amount. Obviously 50 free spins are what everyone will chase as 50 spins on a game of this format could pay huge in terms of x win.

The lifelines seem to be very unpredictable and this is going to add to the frustration that we can see gambling will be.

The potential is going to be very similar to Extra Chilli but enhanced with the chance of more spins than Chilli can get. This means we are going to see more volatility on the bonuses than ever before.

This will mean a lot of fails in the process of trying to get the ever difficult 50 spins top prize. Not much more to tell you as anyone who has seen the potential of Extra Chilli will know where the potential is on this slot.

Although it looks and may feel like Extra Chilli, the mathematical model for this slot is different. This might go unnoticed for the average user, but we are told it pays more frequent in the base game, the feature is a little more frequent and more importantly the maximum Megaways is activated more frequently in base game and bonus. 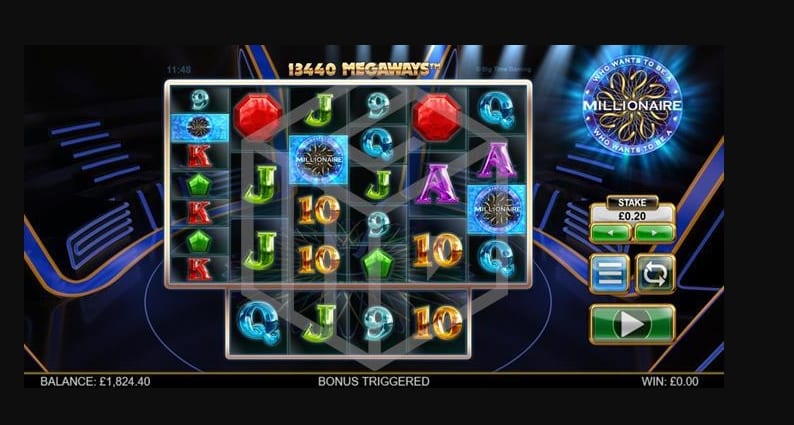 We have some mixed thoughts on this slot as this is a main release from Big Time Gaming and it will get a lot of talk about it for that reason alone. For us it fails on many points and the main first point is originality.

Big Time Gaming leasing of Megaways to other provider has caused a flood of Megaways slots which means its no longer an exciting concept on its own. This slot is going to get a lot of comments that its basically Extra Chilli with a slightly different gamble feature, these comments are correct.

Blueprint are throwing out lots of Megaways themed slots, but they are at least making some interesting uses of it and not relying on purely the Megaways theme.

Another brave decision is the removal of buy a feature which is one of the main reasons Extra Chilli is played. Why? Because the gamble feature almost has a way of forcing you to as the potential isn’t there with the basic start.

We can see a lot of people getting very frustrated with the gamble feature when you must trigger it normally and then lose in the first attempt. All these factors are going to make the game overall frustrating.

We can’t see any reason to get positive overall about the slot except the potential which you expect from a Big Time Gaming slot. It’s a shame because this is there first branded mainstream slot and it fails on originality in a big way.

I will say the design is clear and impressive and the theme is clearly done with nice sounds too. The removal of the buy feature is going to hurt the slots popularity which is a strange thing to say but its going to add to the frustration levels of the bonus feature.

The final straw is the lack of anything different or new with the design and this means I can see this being forgotten eventually as Extra Chilli will probably still be more popular. Overall a very disappointing slot that we have seen before and this is likely to become less played than Book of Gods.

Big Time Gaming really need to start looking at what others have done with their own concept and appreciate that they need to do more in the future.