Dreamzone Slot, pegged by Elk Studios as the state beyond time and place where you’ll drift through elemental layers towards deeper zones and limitless rewards.

This next slot from Elk Studios takes us to a trip amidst the stars as we revel in astrological adventure. This interstellar escapade may take us out of this world, but can the wins be out of this world too?

Elk Studios are a well renowned Swedish developer, and regularly release exciting and fun instalments such as Cygnus, IO and Blood Lust, as well as their exciting Gold Series of games like Black River Gold.

With such an extensive history of quality games, it surely bodes well for Dreamzone already. Let’s find out.

Upon loading up Dreamzone, you’re presented with a funky soundtrack with an interstellar kind of feel to it, it’s a really upbeat tune that puts you in the zone.

Elk Studios are pretty good with their soundtrack, and have demonstrated it previously in numerous other games. Visually, the game is kind of simplistic.

Not might to write home about in terms of visuals, but simplicity with this kind of theme is often the best way to represent it.

Dreamzone is set upon a 5×5 grid of symbols, and works using a cluster pays mechanic, where 3 or more symbols connected adjacently side by side will form a win anywhere on the grid.

Betting options are extensive enough to cover the needs of all types of players, with the lowest bet being 0.20 and the highest being 100.

Elk Games also offer a betting strategies mechanic, those who have played Elk Studio games before will be more than acquainted with these mechanics, but for those who aren’t, it works like this. 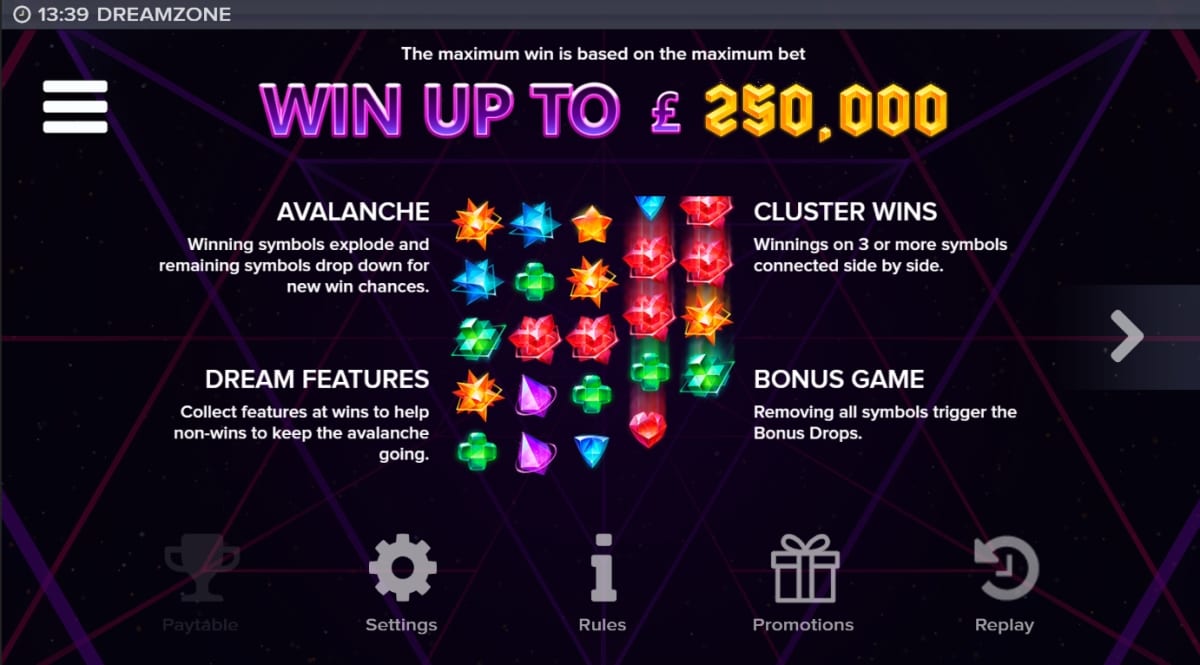 As mentioned, 3 or more matching symbols will be needed to form a win.

Dreamzone also premiers another base game feature that helps you along the way, called Dream Features.

Dream Features are a mechanic within Dreamzone whereby features are collected via winning symbols in a bid to turn non-winning combinations into winning ones.

For each winning combination, a Dream Feature will be collected and the symbols removed, an avalanche will then occur where new symbols can drop down, creating new wins.

If no wins occur, the last collected Dream Feature will be used, one by one.

The functions of the Dream Features are as follows…

Dream Features are an interesting mechanic, and really help in keeping the ball rolling if you have no further winning combinations and need the boost.

Good wins can also materialise if you rack up enough collected Dream Features. 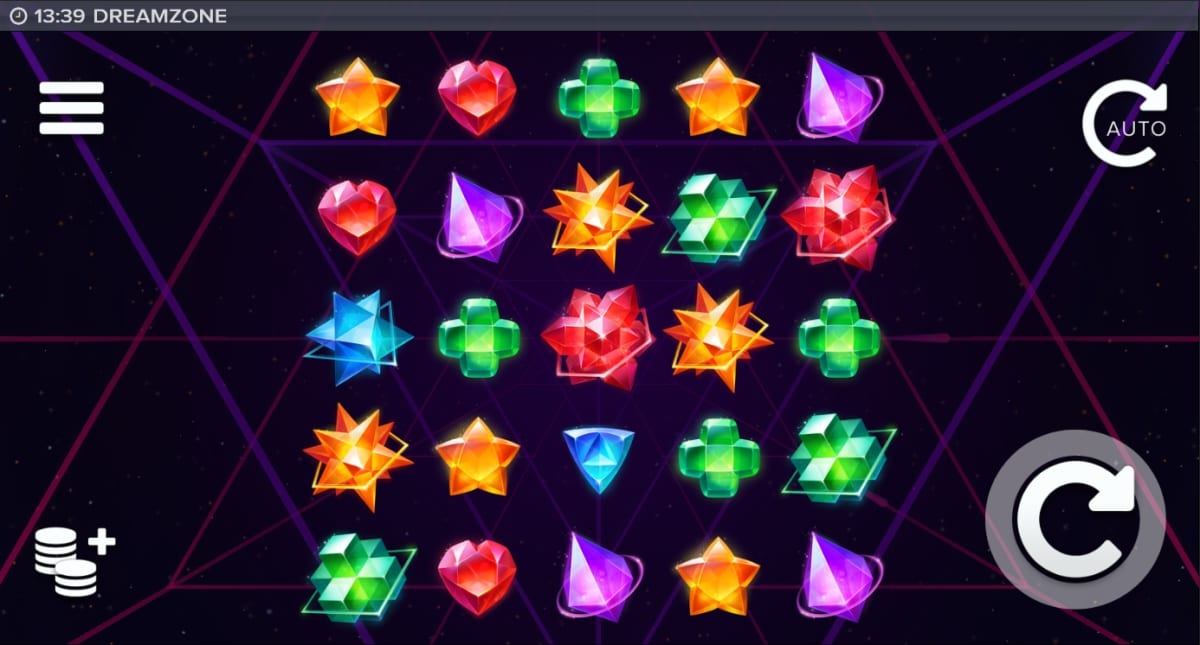 If the grid gets cleared, the bonus game goes to the next level with 3 new drop chances and the Win Multiplier is multiplied by x2, to x4, x8, x16 etc.

Dreamzone has no upper limit of the Win Multiplier, and can increase until the maximum win is reached, but boasts a potentially huge 512x that can be reached.

Dreamzone has no major faults, but the excitement factor is a little low. The Dream Features certainly make the base game a little more interesting, and can open up the game for more consecutive, and bigger wins.