NoLimit City has been smashing out the games in 2020, bringing us some innovative and exciting instalments. From Punk Rocker, to Harlequin Carnival and Bonus Bunnies, we’ve been on many an escapade with NoLimit City.

This time, we’re blasting off into the unknown with a new cosmic inspired adventure, Milky Ways Slot.

Milky Ways feature some absolutely stunning visuals. The emptiness of space hasn’t held NoLimit City back, who have pulled off the design beautifully.

Asteroids drift idly as the Milky Way bursts into colour and stars circumvent around a black hole in the middle of the reels. The music is ethereal with a vibe you could easily relax and chill out to.

Milky Ways is a 5-reel, 3-row video slot with an initial 243 ways to win. With 25 different stake options to choose from, there’s an option for everyone, with the lowest being 0.20 and the highest capped at 100.

There are 10 symbols in total. The Red, Orange, Green and Blue Gem make up the high paying symbols, and low paying symbols are A, K, Q & J. There is also a Wild Symbol which substitutes for all symbols except for the Scatter.

Bonus Buy options are not available for players in the UK. However, those playing within countries where bonus buys are allowed can take advantage of this for 38x your current stake.

The Base Game of Milky Ways Slot

Milky ways is an extremely simple game to follow. Wins are paid left to right, starting from the left-most reel, and 3 or more symbols will be needed to form a win. The hit rate is quite good in the game, so wins should appear relatively frequent, however, the symbols don’t pay too well with 5 of the top symbol offering a mere 2.5x.

Landing 2 of the scatter symbols will also pay back your stake, compensating a little bit for the heartbreak of not landing the bonus with the needed 3. 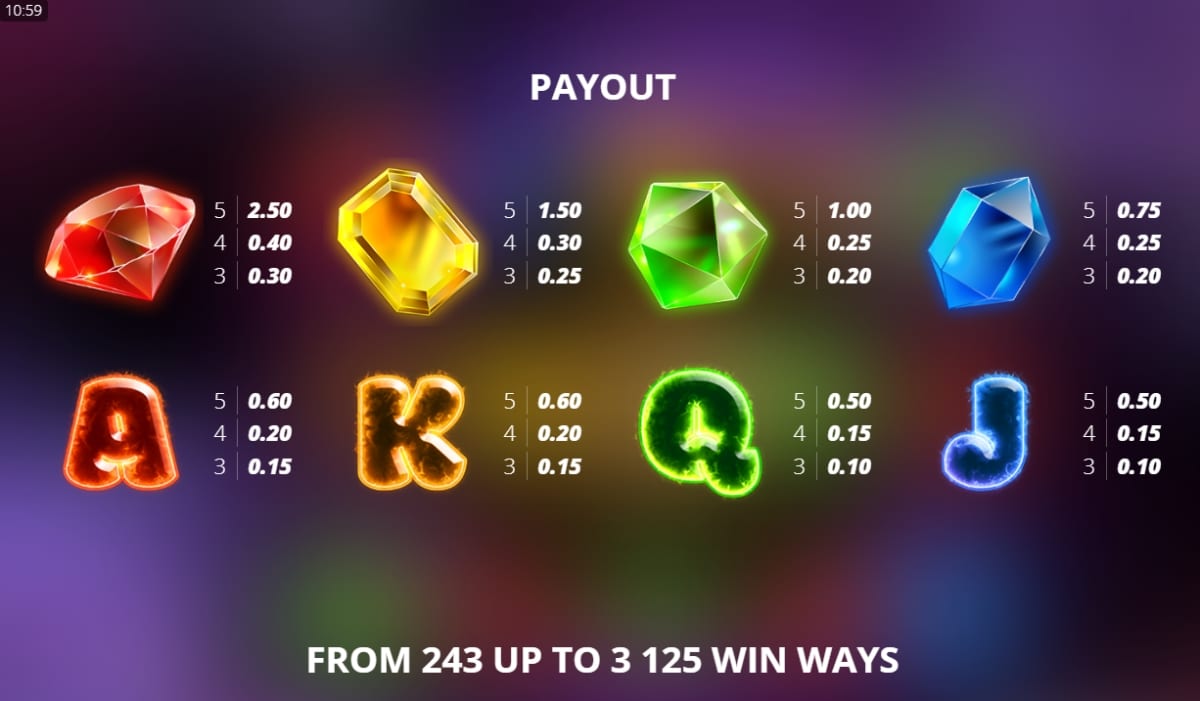 Three Milky Way Scatter symbols are needed to trigger the bonus. Milky Way scatter symbols will only appear on reels 2, 3 and 4 and you’ll be awarded 3 spins. During this bonus, each additional scatter that lands will get you an extra spin.

Milky Ways free spins don’t seem too impossible to obtain compared to other games, and players will find that it may appear quite often.

Milky Ways Free Spins brings with it new ways to win. The board will transform from a 5×3 to a 5×5 playing area, which will increase the possible win ways from 243 to 3125.

Every spin, 2 wilds within are guaranteed to land somewhere within the middle 3 reels, massively upping the possibility of a win, and wins in Milky Ways spins will trigger Fusion Spins. Theoretical RTP will increase during this feature from 96.14% to 96.38%

Every re-spin that improves the win will ensure that the Fusion Re-spins continue, and will pay out and end when no additional winning symbols land in the re-spin. 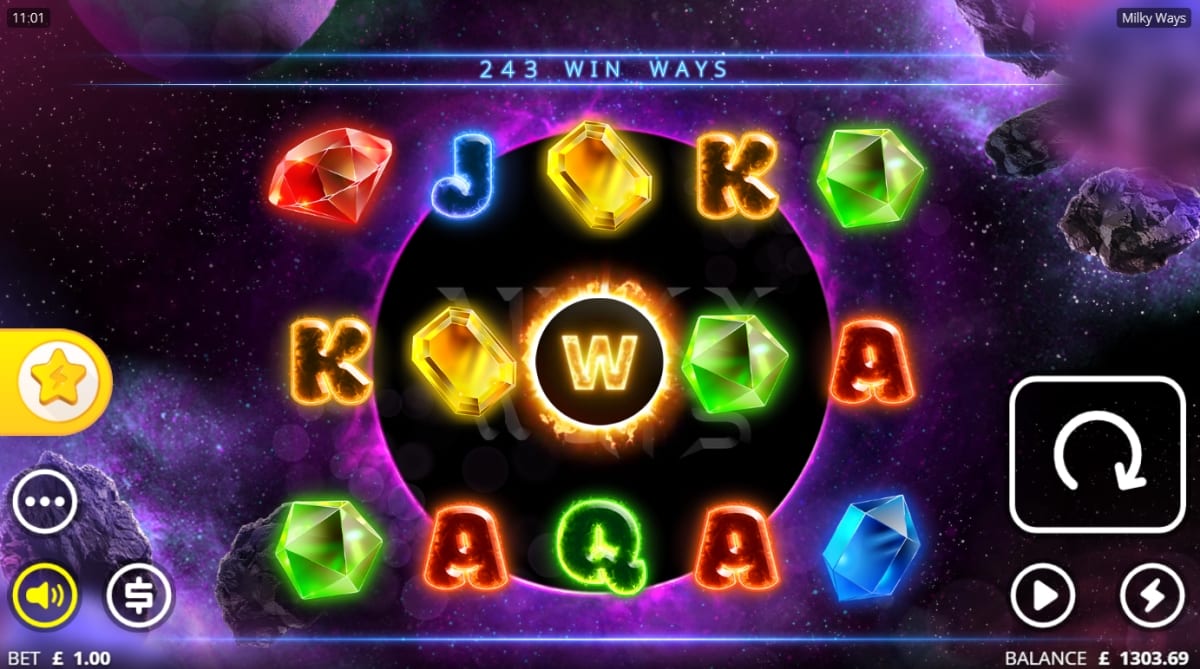 Our Verdict of Milky Ways Slot

NoLimit City has made leaps and bounds in the quality of their games over the past year or so, and their vast portfolio offers something to everyone.

This game might sit well with people who enjoy games like Starburst and others with a cosmic theme. But the general feel from playing this is that NoLimit City has made games so much more captivating in the past.

This isn’t one of the fiercely volatile games we’ve seen from the developer before, so it might not resonate with those high rollers chasing those huge wins, but will appeal to those looking for a safer bet, and the potential is definitely still there with a maximum win of 5,664x.

The base game doesn’t really have a lot going for it, and you’ll be spinning through this game wanting of a bonus to spruce up the excitement a little bit. The bonus can land frequently, which could be its saving grace and the features within the bonus will keep on the edge of your seat.

The Fusions spin and Solar Wilds can definitely open the game up a lot more, and seeing a bunch of winning symbols lock into the screen via the Fusion Spins is certainly a sight to behold. That being said, symbol payouts are quite low so you might feel a little dejected after landing a lot of symbols only to receive a less than amazing win.

Milky Ways offers 3 spins, which might seem a little stingy, but two wilds are guaranteed to land somewhere on the middle reels within the bonus, and a win does start Fusion Spins which gives you re-spins, so it’s fair overall.

The game can get a little bit tiresome, and it probably won’t go down in history as one of the greatest ever made, but those who appreciate and enjoy NoLimit City’s high standard of games, will no doubt find short term gratification and enjoyment from playing Milky Ways.